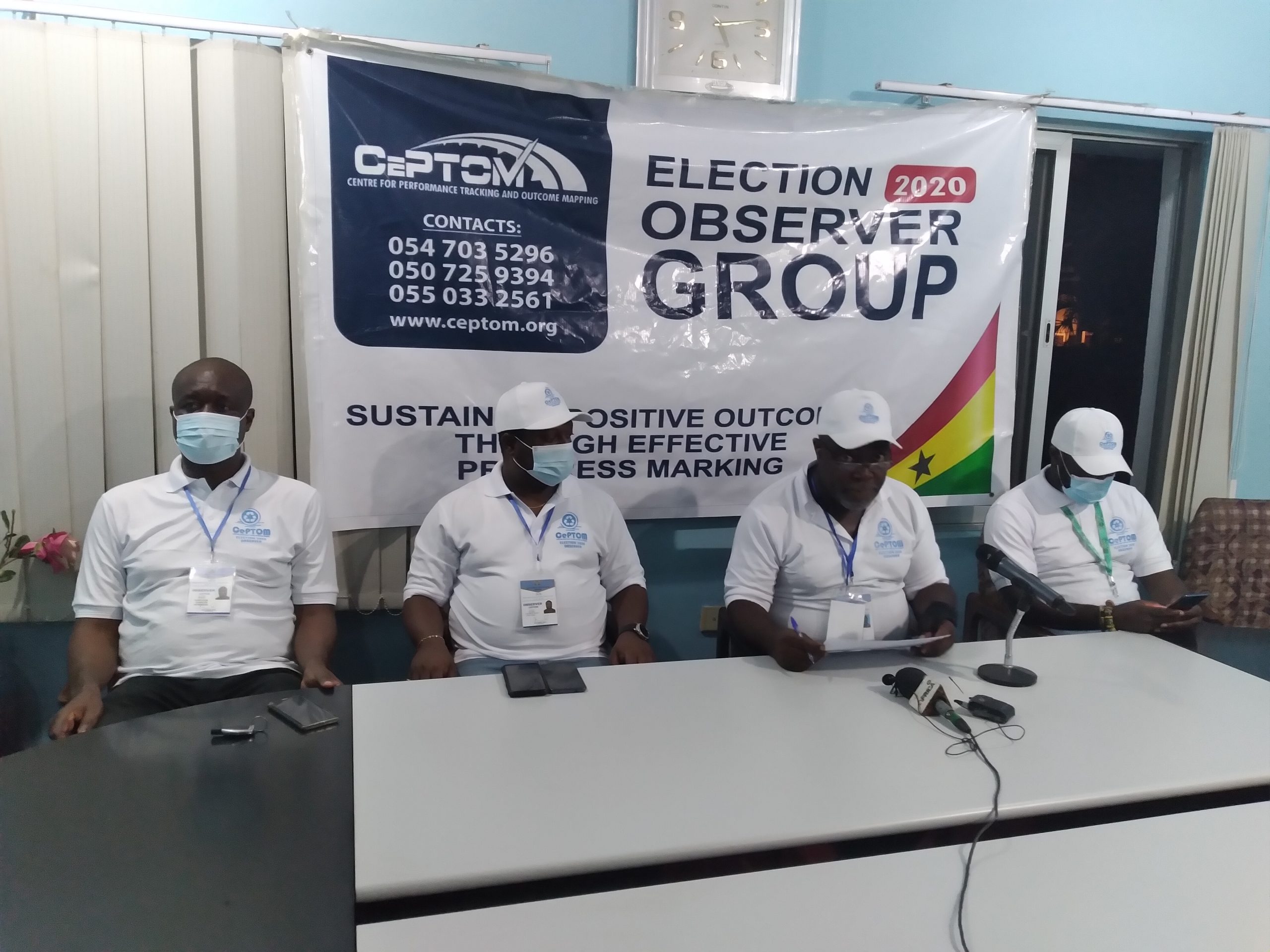 Accra, Dec. 7, GNA – The Centre for Performance Tracking and Outcome Mapping (CePTOM), an Election Observer Group, has commended the Electoral Commission for exhibiting professionalism in the conduct of the 2020 General Election.

Mr Ato Bonful, the Programmes Director of CePTOM, said the Commission has been very responsive and in most cases, very proactive in dealing with the cases of electoral malpractice that have been officially reported or even highlighted in the media.

Mr Bonful, speaking at a press conference in Accra on its preliminary report on the election, said reports reaching them from their field officers indicated that the elections were largely free and fair.

CePTOM deployed field officers to some 100 constituencies across the 16 regions in the country.

He said reports reaching CePTOM from their field officers deployed to constituencies typically considered to be the strongholds of the two major political parties indicated that the polls were widely incident-free.

“Except for a few isolated incidents of electoral malpractice sparsely occurring in very few polling stations across the country,” he said.

He said some of these isolated cases involve election officials allegedly engaged in acts of electoral malpractices including handing out ballot papers which have been tampered with to remove the image of the Presidential Candidate of a particular political party from the ballot paper.

Other incidents including isolated cases of gunshots fired in some polling stations; incidents which are currently under investigation by the security agencies.

He said they have also received reports that the COVID-19 protocols were largely observed at the polls like the hand-wash basins were provided at polling stations.

He said voters were compelled to wash their hands before voting, wear their nose masks and observe social distancing rules and sanitizers were also provided at polling stations.

Mr Bonful said the security agencies were professional in their conduct in ensuring the security and safety of life and property before and during the conduct of the elections.

He also commended the media for its professionalism in the coverage of the elections so far, urging them to continue with such professional coverage even as the polls have now closed and “we have entered into the crucial phase of counting, collation and declaration.”

He said CePTOM would continue to receive and analyse reports from its field officers deployed to some 100 strategically-selected constituencies across the country.

“Whatever the outcome of the elections will be, CePTOM hopes that the will of the Ghanaian voter will be done and democracy will be the ultimate winner,” he said.