Akwesi Afrifa beats Sedem Afenyo with over 3,000 Votes in Amasaman 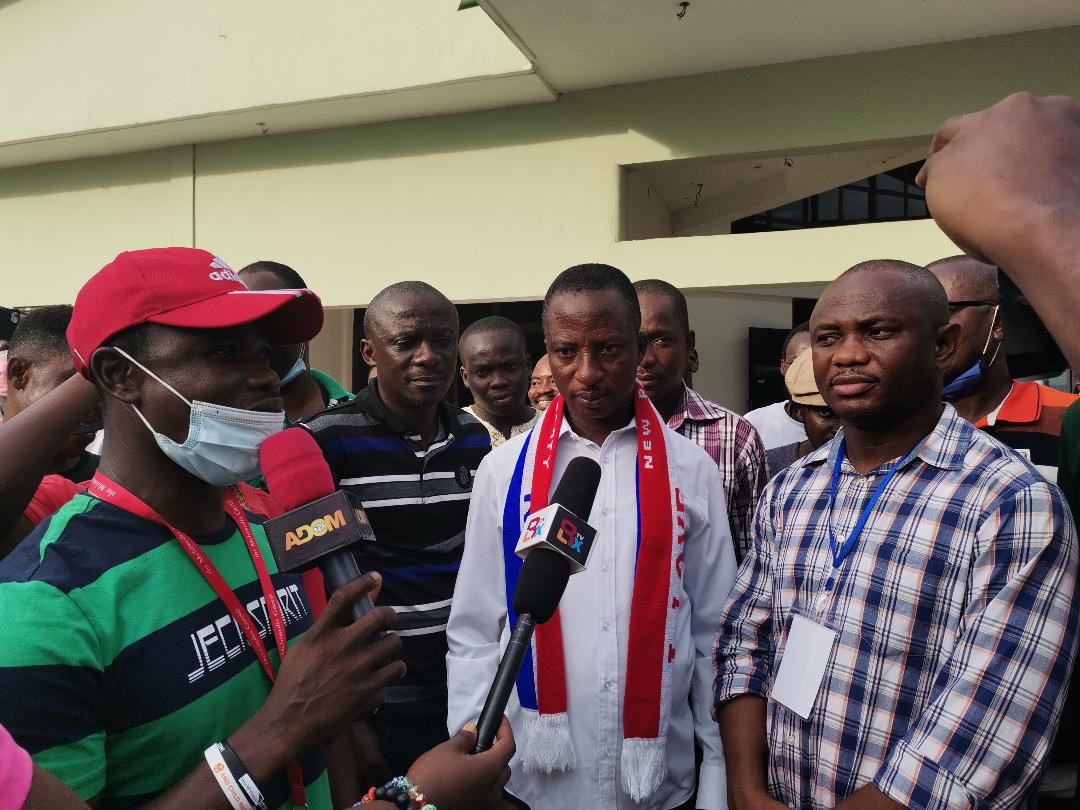 The 49-year-old accountant, won the December 7, Parliamentary election by 3,123 votes ahead of his close competitor Mr Afenyo who contested on the ticket of the NDC.

Mr Mensah will take over from Emmanuel Nii Okai Laryea, the incumbent Member of Parliament (MP) for the Amasaman Constituency, who has occupied the seat since 2012.

This is the first time the NPP is getting hold of the Amasaman Constituency parliamentary seat, which was considered as a strong hold of the NDC since its creation in 2012.

The total number of ballots cast was 112,714, with the Progressive Peoples Party’s (PPP) Felix Adofo polling 371 votes while Michael Adjei Mensah who contested on the ticket of the National Democratic Party (NDP) polled 186.

The NPP, however, won the presidential election in the constituency with President Nana Addo Dankwa Akufo-Addo polling 56,735 votes to finish ahead of candidate John Dramani Mahama who got 54,655 votes.

The Ghana Union Movement (GUM) had 797 votes, the Convention Peoples Party had 50 votes whilst the Ghana Freedom Party got 15 votes at the presidential election.

Speaking in an interview with the Ghana News Agency after his confirmation by the EC, Mr Mensah encouraged his supporters to jubilate and make merry as the election was a one touch victory for him and the Party.

Mr Mensah congratulated the people of Amasaman for the trust imposed in him with their votes asking him to be their representative in parliament for the next four year, saying “I can assure you that I will be the best Member of Parliament (MP) ever voted into power in this constituency”.

He urged Amasaman to remain calm while he begins processes to address the infrastructural deficit in the constituency.

“I want Amasaman to know that, I will never disappoint them, we will work together to move the constituency forward.

Some voters who spoke to the Ghana News agency after the votes counting said their decision to vote the NDC out was a much calculated effort as the NDC had not brought any development into the constituency in the last eight years.

Many NPP supporters invaded the premises of the Ga West Municipal Assembly cladded in NPP colures to celebrate Mr Akwesi Afrifa and the NPPs victory in the Amasaman Constituency.