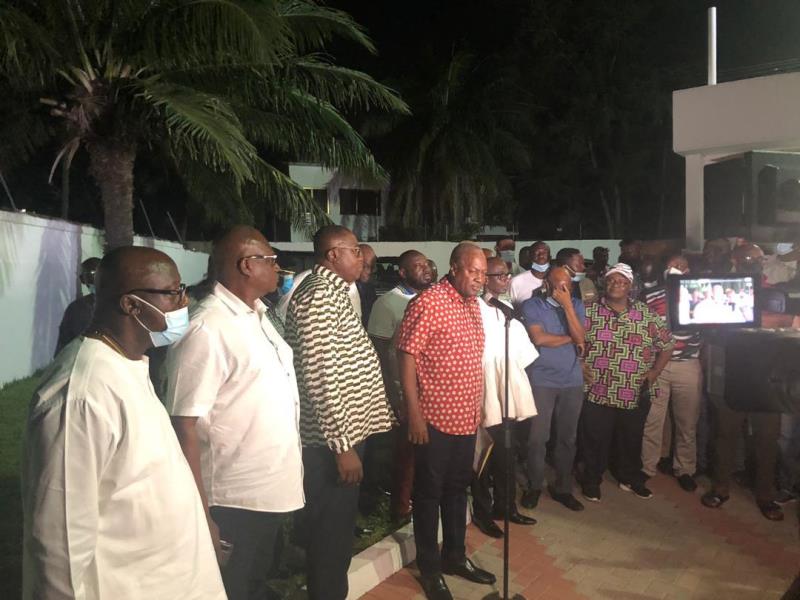 Speaking at a media briefing in Accra, Mr Mahama said: “No attempt should be made to steal this election, we will resist it. We thank the Ghanaian people for the confidence they’ve expressed in us. It is clear that the Ghanaian people want a change in this country.”

He noted that it was clear Ghanaians were tired of President Nana Addo Dankwa Akufo-Addo and his Government.

“We thank the electorate for giving us a working majority in Parliament, 140 seats in Parliament is a majority. And no attempt should be made to subvert that,” Mr Mahama said.

“I have looked at the results collated so far, and I am excited because we won in 10 regions out of 16. And the Ghanaian people have expressed their confidence in us. We will resist any attempt to subvert the will of the people.”

He expressed his concern about some of the things that were happening in the aftermath of the election such the use of the military to try and overturn some of the results in places that the NDC had won.

“We will resist any attempt to subvert the sovereign will of the Ghanaian people. The right thing must be done, we’ve collated our results and thank the Ghanaian people for the confidence reposed in us. We will give further details later,” he said.

“Our people should remain calm as we wait for the final verdict. We are happy that Ghanaians have voted for change.”

At the press conference were leading figures of the Party such as Mr Samuel Ofosu-Ampofo, National Chairman; Mr Johnson Asiedu-Nketia, General Secretary and Professor Joshua Alabi, the National Campaign Manager.