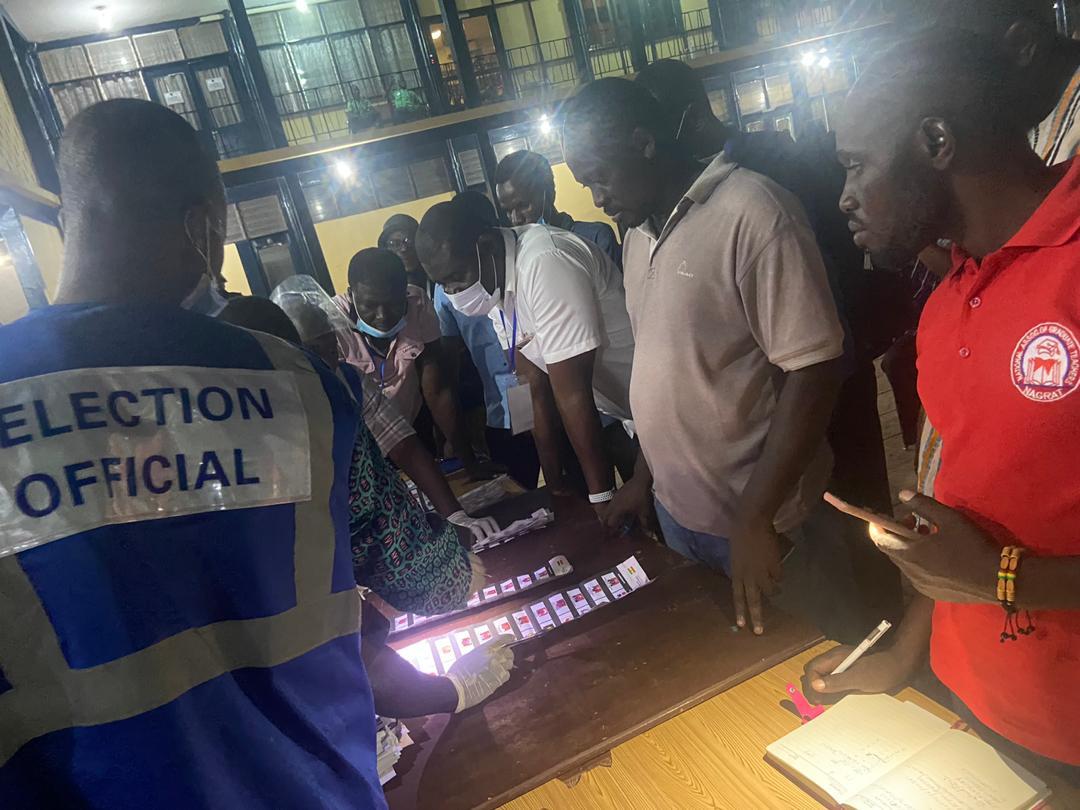 Savelugu (N/R), Dec. 9, GNA – The Parliamentary results in the Savelugu Constituency that nearly marred the 2020 election there, has been declared in favour of the NDC candidate Abdulai Jacob Iddriss.

He polled 19,577 votes against his NPP counterpart Muhamed Abdul – Samed who polled 19,478 votes.

Even though Agents of the NPP refused to sign the pink sheet from the Kadia polling station where there was controversy, the EC went ahead to announce NDC’s candidate as winner.

The presidential and parliamentary ballot boxes that were kept for safety by the Police earlier, were released for counting at the Northern Region Police Headquarters.

Votes counted earlier, without the Kadia polling station results put NPP’s candidate in the lead with 19,328, NDC polled 19,305, Independent candidate got 10,229 and the PNC polled 147 votes.

In the Kadia polling station results the NPP candidate got 150 votes, NDC, 272 votes, 2 votes for the PNC and 65 votes for the independent candidate.

The EC did not announce results of the presidential ballots for the Constituency due to unresolved issues including the refusal of NPP agents to sign the pink sheet.

No date has been given for the certification and announcement of the Presidential results.