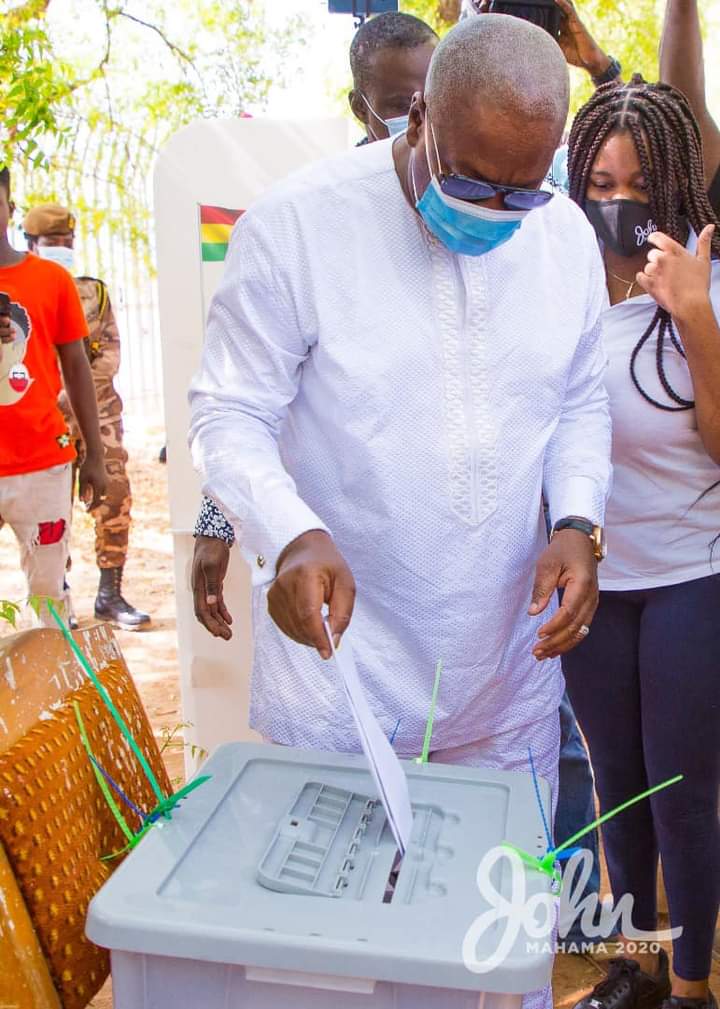 Speaking to the media after casting his ballot, Mr Mahama described the process simple and very smooth.

He however, noted that as at 1000 hours, it was too early to make an assessment of the situation, saying that there were some few hitches.

He said a lady and a member of his security detail could not find their names in the voters’ register.

The former President said, he registered with his security personnel at the same polling station and that they came to check their details during the voters’ register exhibition and their registration was confirmed.

“And so we don’t know if it is a generalised problem. Like I said, it is too early to make an assessment. We are waiting to hear what the presiding officer will say. And we hope that they can rectify it. But these are some of the little little things that we kept complaining about.”

He said his expectation was that the electoral process would go on smoothly across the country and that there should be no incident.
GNA