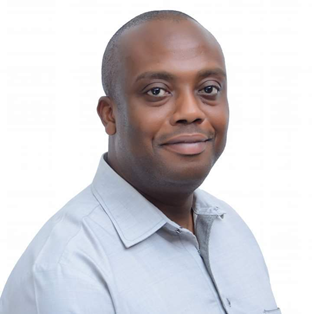 Atimpoku, Dec. 10, GNA – Mr Thomas Ampem Nyarko, the incumbent Member of Parliament (MP) for the Asuogyaman Constituency and a former District Chief Executive of the area, has retained his seat.

Mr Ampem Nyarko, by his re-election, becomes the first MP in the Asuogyaman Constituency to be re-elected for a second consecutive term since the inception of the Fourth Republic in 1992.

He polled 24,439 votes to beat his main contender, Mr Paul Asare Ansah of the New Patriotic Party, a former Director-General of the Ghana Ports and Habours Authority (GHAPOHA), who also bagged 23,201 votes in the tight contest.

In the Presidential Election, Incumbent President Nana Addo Dankwa Akufo-Addo of the NPP obtained 22,232 votes, while Former President John Mahama of the NDC polled 24,470 of the valid ballots cast.

The Ghana Union Movement’s candidate got 22.

Mr Ampem Nyarko, after he was declared the winner by the returning officer for the constituency, thanked the constituents for their unflinching support for him and the NDC’s presidential candidate, who had secured them such massive votes.