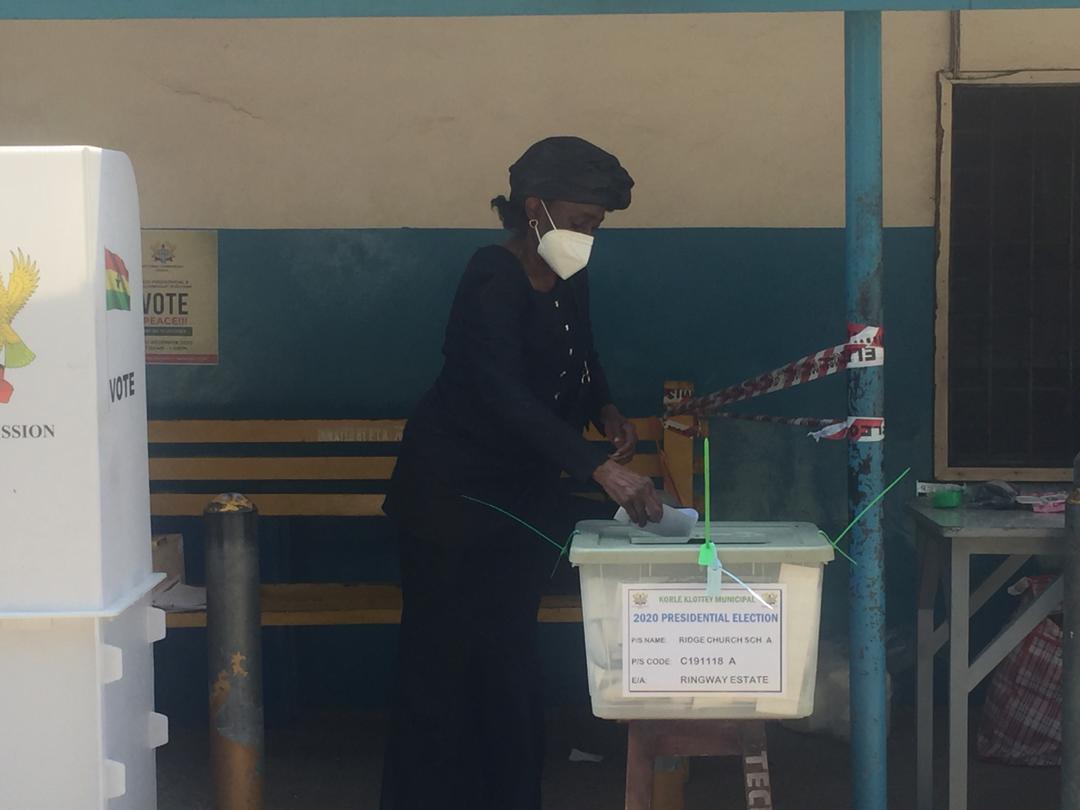 Accra, Dec. 7, GNA – Nana Konadu Agyemang-Rawlings, Presidential Candidate of the National Democratic Party (NDP) on Monday cast her ballot at the Ridge Church School in the Korle-Klottey Constituency at 11:35 hours.

Clad in black, the wife of former President Jerry John Rawlings was accompanied by some party officials also in black.

Mrs Agyeman-Rawlings described the process as smooth compared with the previous election processes, adding that, she had no problem with the process.

Asked whether she would win, she said, that would left to God and expressed satisfaction about the Electoral Commission’s work done so far, especially with the updates on its activities.

She believes that women’s contribution to peace in the family would be translated into the political space if given the chance.