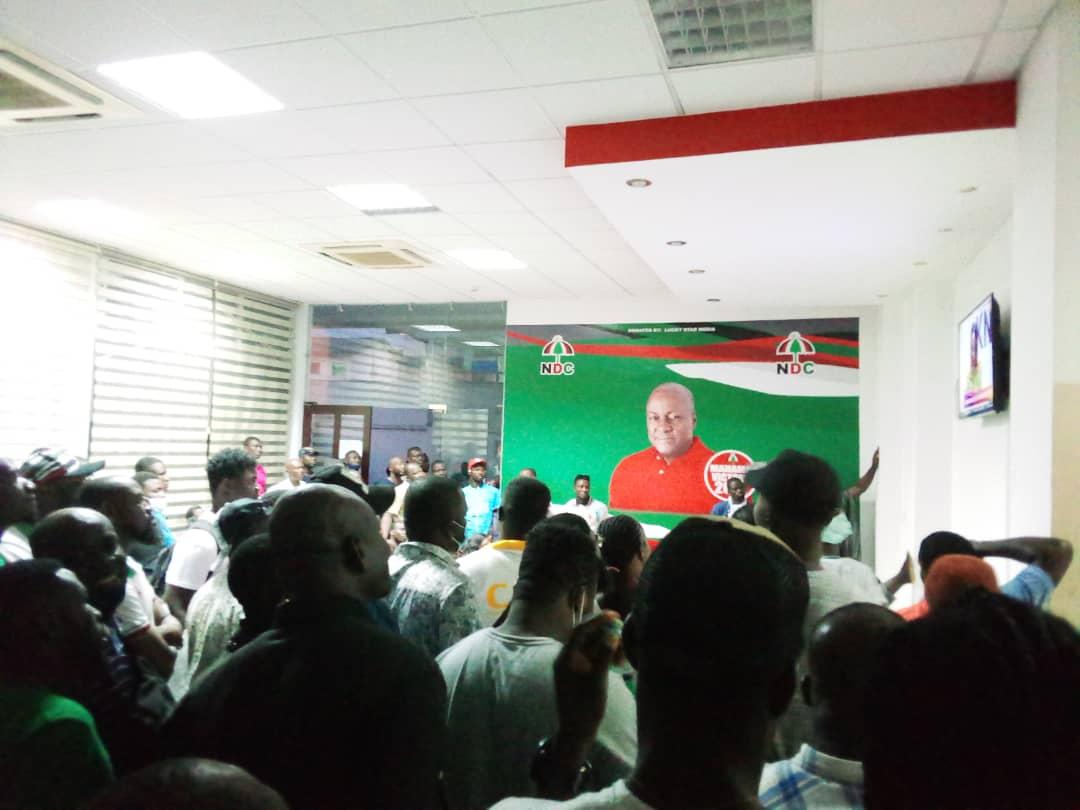 Accra, Dec 9, GNA – Supporters of the National Democratic Congress (NDC) at the Party’s headquarters in Adabraka, Accra Wednesday received news of the Party’s defeat in the Presidential elections with shock.

The Party in a number of press conferences expressed optimism at their Flagbearer’s chances of clinching the seat from the New Patriotic Party (NPP), but became shocked following the declaration of the results by the Electoral Commission’s Chairperson, Jean Mensah declaring President Nana Addo Dankwa Akufo-Addo of the NPP as the winner.

The visually angry supporters could be heard hound houndering all manner of unprintable words at the Electoral Commission (EC) in what they alleged was the commission’s failure to hear the various electoral infractions they reported.

They also accused the media of conniving with the NPP and the EC to rig the elections in favour of the incumbent.

Some of the supporters who could not accept the defeat continued to mount on pressure from the Party officials to reject the decision of the EC and ensure that all issues raised by the party with the commission were addressed before any declaration.

“We won’t accept this. This is day-light election robbery,” some screamed.

Others stood in silence trying to come to terms with the situation, while others could be seen arguing with each other on the next best line of action expected to be taken by the party.

Meanwhile, there was a huge security presence, made up of soldiers and police to curtail any unforeseen situations.

President Nana Akufo-Addo was adjudged winner of the 2020 Presidential elections having secured 51.59 per cent of the total valid votes cast while his close contender and flagbearer of the NDC, John Dramani Mahama polled 47.36 per cent to come second.

The results, therefore, secured President Akufo-Addo and the NPP their second term.

Political party leaders should be responsible in their speech – WACCE