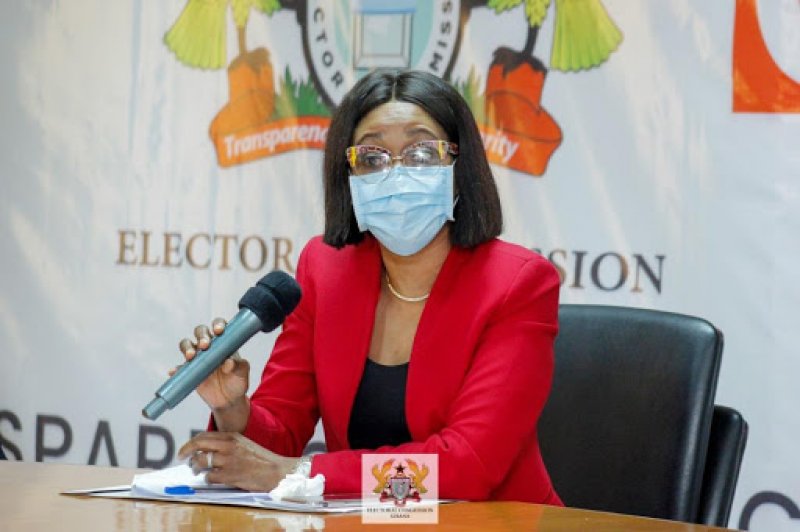 She said all things been equal the results would be declared at the estimated time frame because certain processes had put in place.

Mrs Mensa, speaking at the “Let the Citizen Know”, an EC platform for electoral issues, said the current Constitutional Instrument mandated the regional directors to collate results of constituencies in their regions and forward it to the EC Headquarters.

Mrs Mensa said the regional and the district officers had been trained, equipped, and tasked to submit their report by specific times after vote close.

She said the EC had put together special logistics support to help the officers transport the results to district and regional collation centres, saying “in the Afram Plains, boats will be on standby while in the other hard-to-reach areas special vehicles and security will be made available.”

Mrs Mensa said the final Voters Register had a total of 17,027,641 registrants who were eligible to vote come December 7.

The EC Chairperson said Greater Accra had the highest number of female and male registrants.

Mrs Mensa said the region with the lowest number of female and male registrants was the North East Region.

She noted that the total number of multiple registrations on the Multiples list was 15,860. “We have seen a decrease in the number because some of these persons proceeded to court and had their objections overturned.”

Sorting of ballot papers underway at the St. Francis Demo JHS 1 and 2 polling stations in the Hohoe Constituency.