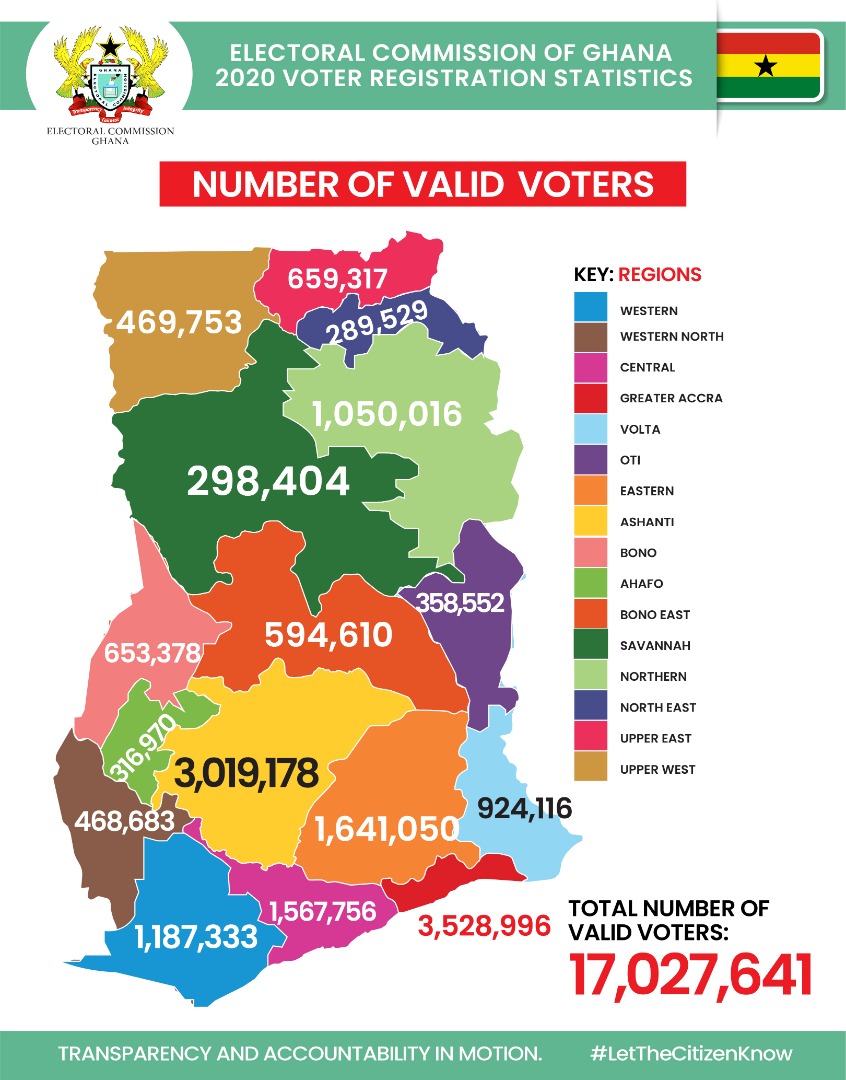 A GNA feature by Ray Ankomah

Accra, Dec. 03, GNA – The 2020 General Election promises to be one of the heated ever in the Fourth Republic. By all standards, it is a straight contest between Ghana’s two major political parties – the ruling New Patriotic Party (NPP) and the largest opposition National Democratic Congress (NDC).

Accra, Dec. 03, GNA – The 2020 General Election promises to be one of the heated ever in the Fourth Republic. By all standards, it is a straight contest between Ghana’s two major political parties – the ruling New Patriotic Party (NPP) and the largest opposition National Democratic Congress (NDC).

It is to decide whether Ghanaians want to renew the mandate of the sitting President or give the man he defeated in 2016 a Second chance.

Beyond all the hard work and the determination to be elected the Eight President of the Fourth Republic, one can say that the greatest enemy both contestants, Nana Addo Dankwa Akufo-Addo and John Dramani Mahama, would want to defeat on Monday, December 7, is being chronicled as Ghana’s first one-term president.

Come what may, it is inconceivable that any other candidate in the contest may spring a surprise.

The majority of the total of 17,027,655 Ghanaians on the electoral roll are expected troop to 33,367 polling stations to choose a leader from among 12 presidential candidates and 275 Members of Parliament from 914 contestants.

Jean Adokwei Mensah, Chairperson of the Electoral Commission (EC), giving a breakdown of the names in the final voters register at a press briefing, said 8,810,283 persons, representing 51.74 per cent were females, while 8,217,358 representing 48.26 per cent, were males.

Figures made available by the EC indicate that 788 men and 126 women will be contesting the parliamentary poll. The women candidates thus make up approximately 16 per cent of the male contestants.

But the surprising thing about the parliamentary election is the scanty representation of women seeking active participation in the polls.  For example, while the Greater Accra Region has 36 female contestants, Ashanti Region has 19 female candidates, with the rest fielding between one and four candidates. The total number of female candidates for the Volta Region may be equal or higher than those of the Ashanti Region.

Already, and with just less than a week to the finishing line, the NPP and NDC are claiming victory even before a ballot is cast. This is indicated by their dominance of the parliamentary representation in almost all the 275 constituencies where they are either equally represented or are slightly up by a few heads.

In the Ashanti Region, considered as the ‘’Florida of Ghana”, and the Volta Region, acclaimed the ‘’World Bank of the NDC’’, the contest is likely to be the hottest, as each will try and make gains in each other’s stronghold.

The two parties also come up strongly in the Eastern, Central, and Western Regions. Their performance in the six newly created regions of Western North, Bono East, Savannah, Ahafo, Oti, and North East remains to be seen during December 7.

While the NPP counts on its achievements through the Free SHS, One District One Factory, One District One Dam, Planting for Food and Jobs, One million Dollars per Constituency, the Nation Builders Corps, and other social interventions, the NDC is strongly fighting back with the promise of an improved Free SHS by doing away with the double track system, promising to complete its abandoned school and other projects, constructing one mortuary in every Zongo community, more roads and health facilities, among others.

Again, the two leading political parties have resorted to accusations and counter accusations of corruption, incompetence, nepotism but promising employment opportunities and better social interventions to assuage the suffering of the people.

It is not possible to deal with all the promises and packages destined for the poor and needy but suffice it to say that these promises have pervaded political campaigns for ages but not everything has ever been accomplished.

The chorus of election promises to better the lives of Ghanaians will continue to fill the airwaves and media outlets until campaign ends shortly before the D-Day.

A cursory look at the constituencies points to a low or abysmal representation of these political parties throughout the country.

This year’s presidential election features three female candidates in the persons of former first lady Nana Konadu Agyemang Rawlings, Madam Akua Donkor and Brigitte Akosua Dzogbenuku. With the NPP and NDC ahead of the pack, the remaining political lightweights may be left behind when the race is called. This is because they have never accounted for more than 10 per cent of the entire ballots. It may not, however, be surprising if they decide to improve their mark this time. However, election is about numbers and these minor parties may be termed rightly or wrongly “also-runs”.

But the pudding, they say, is in the eating and Ghanaians and political observers across Africa and the globe are waiting eagerly for the winner of the December 2020 General Election.

One interesting thing about the parliamentary candidates vying for seats is their youthfulness and varying academic and professional profiles or credentials.

They thus represent a fair percentage of academic, professional and business segments of the population desirous of making a mark on the political scene.

Another factor is the continuous dominance of the male candidates over their female counterparts, who number just a fraction of the former. This is where Ghanaians need to encourage women and young girls to venture into the political landscape, with just a little help from the political parties.

Their low participation in the parliamentary election is surprising in view of efforts by NGOs to empower them to fight for elective political positions.

Their performance in the parliamentary polls will depend on the strength of their respective political parties, acknowledgement by their constituencies as well as their campaign messages.

The NPP and NDC are fielding candidates in almost every constituency in their strongholds.

For example, in the Ashanti Region, the NPP and NDC are fielding candidates in all 47 constituencies, with the other parties heavily trailing them with less than 10 candidates. These are the CPP (4); GCPP (2); NDP(9);  PNC(8); UPP(3); LPG(1); APC(1); and GUM (8), with as many as 23 Independent candidates. The picture in the other regions may not change much. The situation is likely to be the same in the Volta Region, which has a very high voter population.

Regions not considered to be largely aligned with the NPP or NDC change their voting patterns and mood according to the campaign messages sold to them and the appeal of the candidates fielded. That is, the voting pattern here cannot be pre-determined until after voting and ballots are counted. This is so with the Central, Western, Bono, Eastern, Greater Accra and Northern Regions where the dominant political parties need to work hard to win voters with their messages and promises.

The new normal from the Covid- 19 has obviously changed the nature of campaigns this time round, especially with the absence of charged mammoth rallies. But the anxiety over whether Nana Addo Dankwa Akufo-Addo, incumbent president, will get a shot for four more years or John Dramani Mahama will get a second presidential term after Dec 7 remains constant.

When all is said and done, the electorate will once again will their sovereignty to one of them, and the Electoral Commissioner will surely declare the recipient on the D-day.
GNA