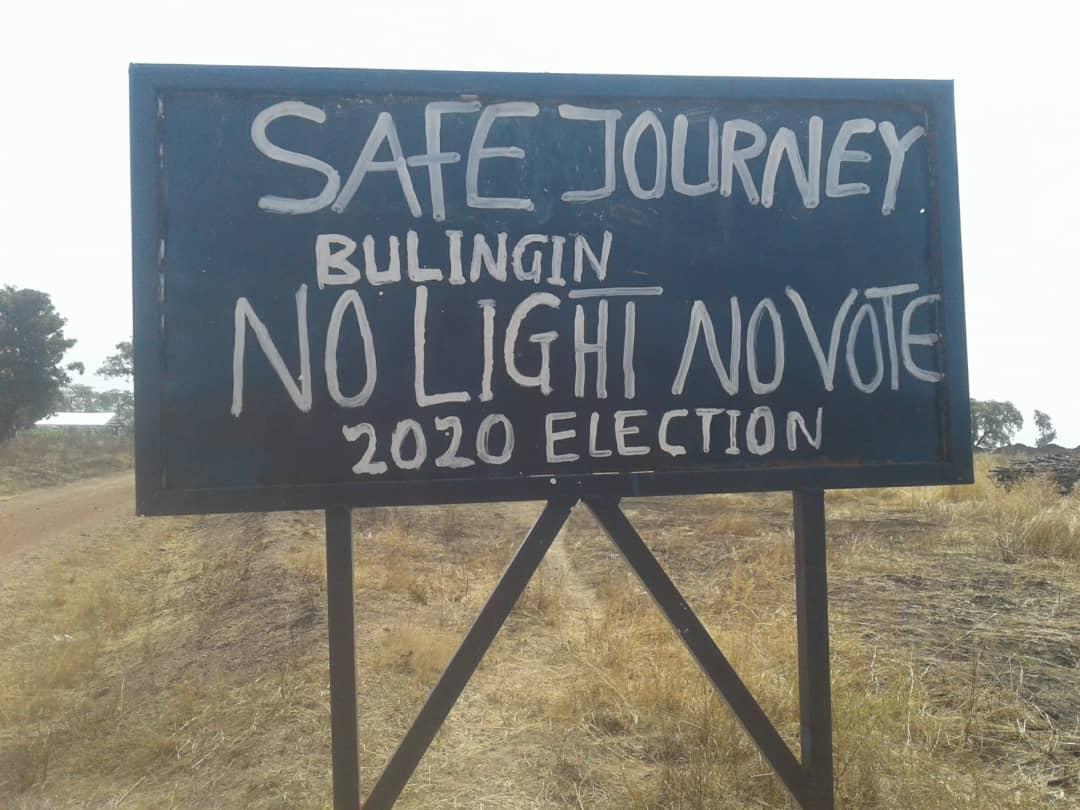 Bulijin, (UW/R), Dec. 7, GNA – The residents of Bulijin Community in the Buli Electoral Area in the Wa West Constituency, are not participating in the on-going Presidential and Parliamentary Elections for failure of governments over the years to connect the community to the national electricity grid.

The community had mounted sign posts at the entrance and exit of the community, which read: “Safe Journey, Bulijin. No Light No Vote 2020 election”.

As at about 12:45 pm when the Ghana News Agency (GNA) got to the TB Bulijin Polling Centre, no one had come to cast his or her ballot.

Mr Christopher Long-unn, the Presiding Officer at the Polling Centre, told the GNA that “Since morning we have not issued a single ballot paper. They are not coming, but I don’t know why. I only saw a sign post saying No light No vote”.

Meanwhile, Mr Moses Kyeteon, the Assembly Member for the area, who spoke in an interview with the GNA, said he was aware of the threat of the people but he was not sure they were not voting.

He said frantic efforts were being place to convince the electorate to descend their decision.