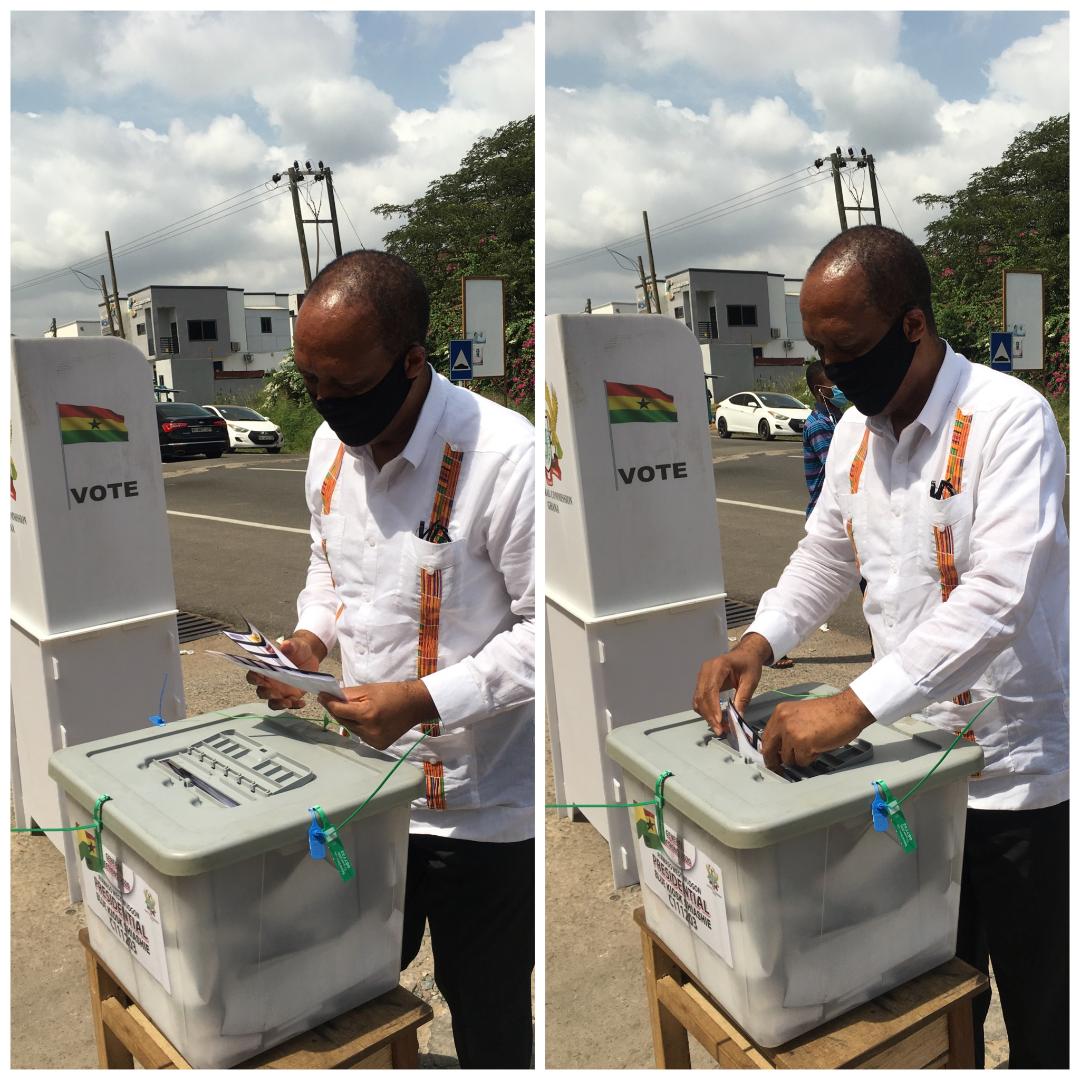 Accra, Dec. 7, GNA — Mr Kwame Asiedu Walker, an independent presidential candidate, on Monday expressed optimism that Ghanaians are ready for a total change of mindset, which will be evidenced at the close of the polls.

He said this after casting his ballot at the Blue Kiosk Polling Station at the Ayawaso West Wuogon Constituency.

Mr Walker said the electorate were in for something new and was not deterred as to how the New Patriotic Party (NPP) and National Democratic Congress (NDC) seemed to be dominating the electoral terrain.

“If you don’t succeed you try again,” he said.

He expressed the strong belief that his ideologies and policies would transform the political thinking of Ghanaians.

Mr David Addey, the Presiding Officer at the Blue Kiosk Polling Station at East Legon, told the GNA that the expected total number of voters was 730.

He said the voting process had been smooth so far and had not encountered any challenges.