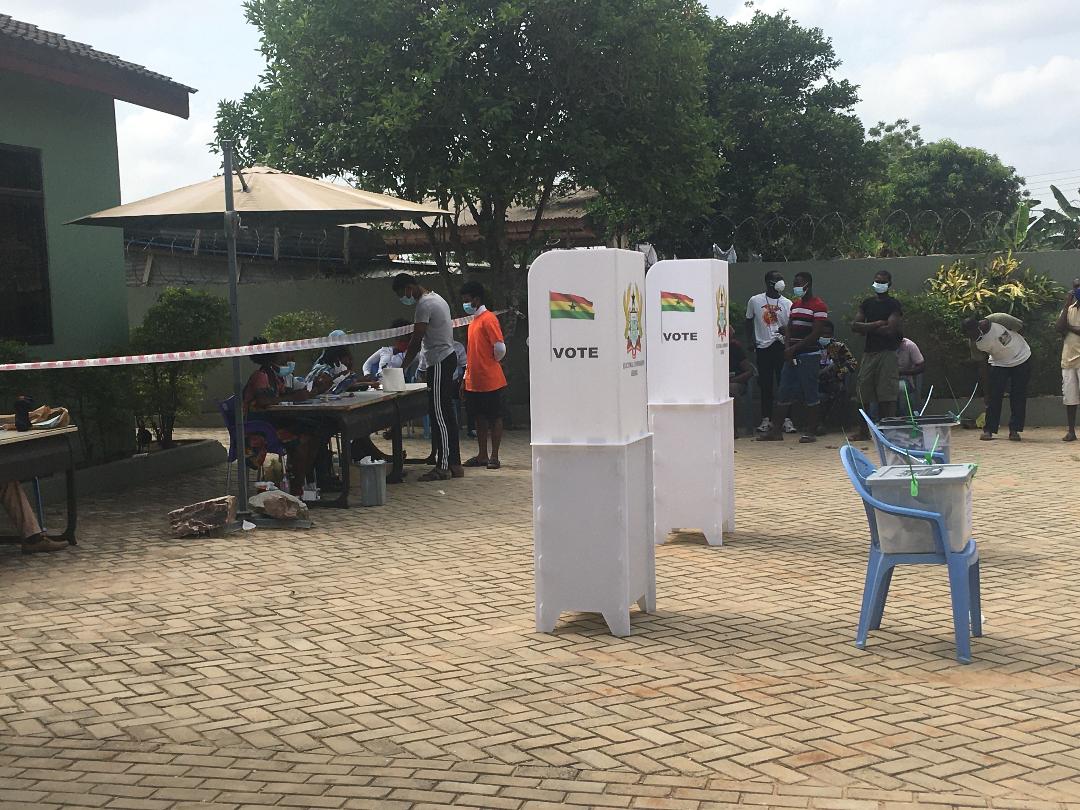 Accra, Dec. 7, GNA — Officials of the Electoral Commission (EC) at the Ampax Hotel Pokuase West 1A and 2 have expressed worry over the lack of canopies to shield them and the fingerprint verification machines from the scorching sun.

Mr Samuel Anim, Presiding Officer for Ampax Hotel Pokuase West Two, said the sun could have adverse effects on the verification machines as it could “freeze up” and reduce its battery lifespan.

“The lack of canopies has made work difficult as we keep seeking for shade to work. Due to the number of people we will be attending to, we came with an additional battery but the sun can make it difficult for the batteries to last as long as expected,” he said.

Madam Cynthia Asare Kena, Presiding Officer Ampax Hotel Pokuase West 1A, said arrangements were being made to secure one but the price was beyond their budget.

The expected voters for both Centres are 443 and 719 respectively.

He urged electorates to turn up in their numbers for the exercise because it was their civic right and responsibility.