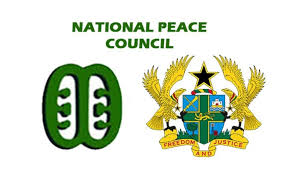 Accra, Dec. 7, GNA – The National Peace Council (NPC) and the West African Network for Peacebuilding on Monday urged the Electoral Commission (EC) to as a matter of urgency to address the issue of new colour of the verification stamps in the ongoing elections.

The Council said the use of different colour validation stamps instead of the usual stamp used by the Commission in previous elections had raised suspicions among some voters.

The Reverend Dr Ernest Adu Gyamfi, the Chairman of the NPC called on the Commission to address these teething challenges around the Biometric Verification Device (BVD) to reassure voter confidence in the electoral process.

This was necessary because the Election Observers have reported of a malfunctioned BVD at Nakore Primary 1A in the Wa Municipal District in the Upper West Region.

At the same centre, Election Observers reported of an incident where the Presiding Officer turned away six voters with the reason that the manual verification was not allowed.

Dr Adu Gyamfi stated at a press conference in Accra to update the media on issues arising from the observation of polls.

He said at the Sempe Mantse Palace, polling station number C140301 at the Odododiodio Constituency, the BVD was malfunctioned and there was no EC official to conduct manual verification.

At the Prempeh College polling station in Kumasi, he said the application of the hand sanitizers was reported to be affecting the usage of the BVD.

Also, at the Adentan Complex School Polling station, the ballot box did not have the logo of the Commission; the party agents did not have their names on their accreditation and that a voter was arrested for taking picture of his ballot paper.

Dr Adu Gyamfi said as at 08:30 hours, 230 observers had reported on the opening of the polls and of these, 69.13 per cent indicated that the polls opened on time while 30.87 per cent said the polls were unable to open at 0700 hours.

Also, as at 08:30 hours, the National Commission for Civic Education’s 1,300 observers deployed across the country reported that the polls opened on time.

These include, the presence of all the six officials, display of empty ballot boxes in front of voters and party agents.

He said there were fair representation of females present at the polling stations and that consideration were given to persons with disabilities, the elderly and pregnant and lactating mothers.

On incidence of security, he said in Buugu Primary School in the Talensi District in the Upper East Region, a group of voters jumped queue which led to physical attacks.

He said there was a clash between the supporters of the National Democratic Congress and the New Patriotic Party in Jomoro, Western Region Old Local Council Zongo Benkyem which led to blocking of roads and welding of cutlasses to intimidate each other.

However, he said “No road, no vote” chants in Whindo, a suburb of Effia- Kwesimintim Municipal Assembly delayed the start of the voting.

The Council urged the National Election Security Taskforce to increase security presence in all affected areas to maintain law and order.

The NPC and West African Network for Peacebuilding and their partners have deployed 350 election observers across the country.

The observers fall under the Electoral Violence Monitoring, Analysis and Mitigation project funded by the European Union.

It established the Election Situation Room to coordinate the deployment, collect information on the start of the vote for dissemination to the public.