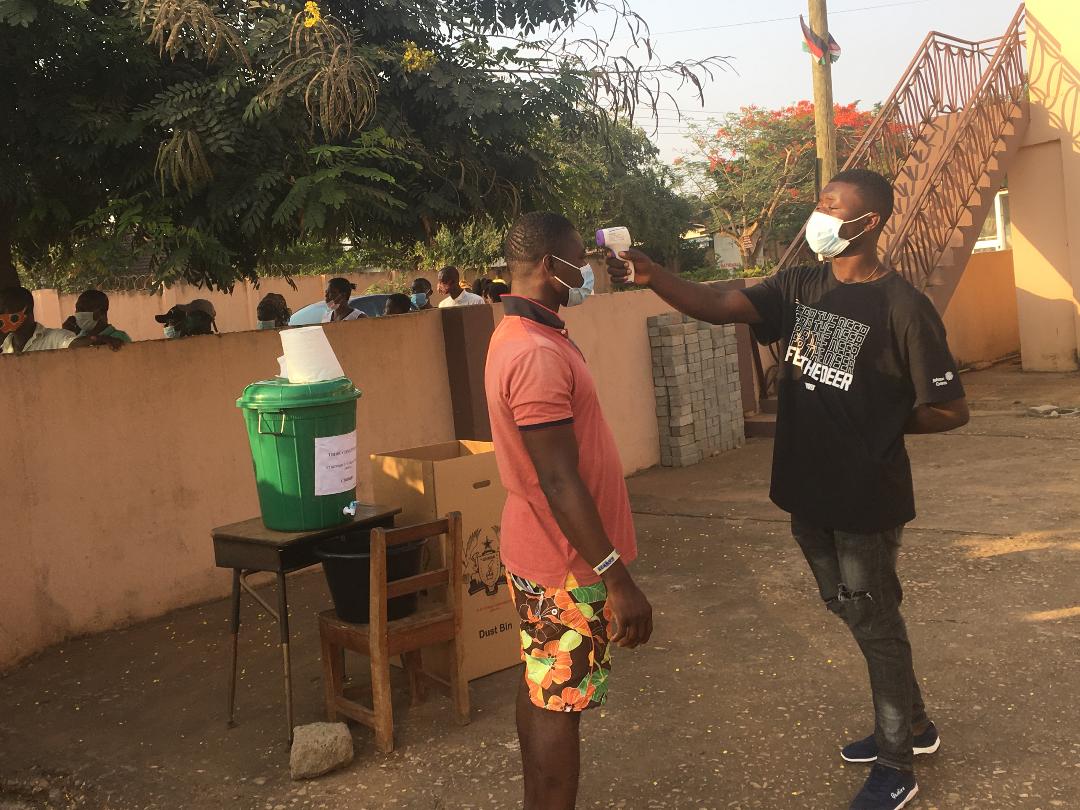 Accra, Dec 7, GNA – The Trobu Constituency Electoral Officials has put in place COVID-19 safety protocols, including; strictly enforcing the wearing of nose masks, washing of hands with soap under running water and use of sanitizers.

She said the polls started on schedule and as at 0725 hours when the GNA visited the centre, 10 voters had cast their ballots.

Madam Owusua said the exercise was relatively calm and they had all the items needed for voting, adding that, the only problem they had was the division of the centres, making most people to struggle before locating their centers.

At the St. Benedict Catholic Church Asofa Polling Station 2b, Mr Samuel Mark Opare-Addo said 432 eligible voters were expected to turn up for the exercise and as at 0723 hours, seven voters had cast their ballots