Voter anxiety peaks as Sakumono keeps vigil ahead of polling 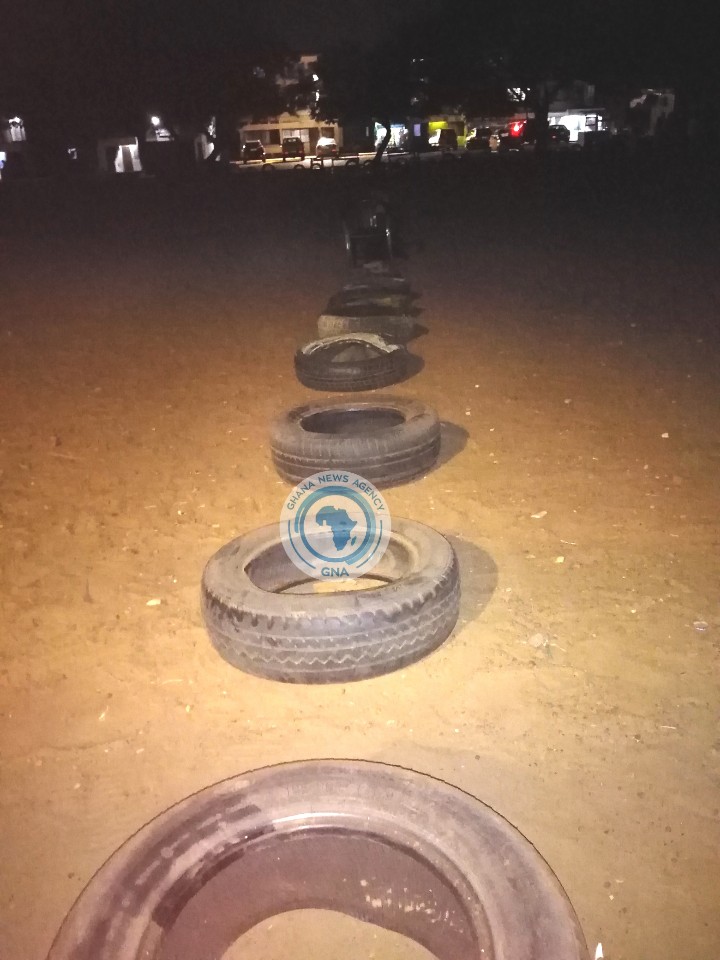 Sakumono (Tema West), Dec. 06, GNA – Voter anxiety is at an all time high as some voters in Sakumono Estate have started queueing up ahead of polling day.

Sakumono Estate, a middle class voter population in the Tema West Constituency ,has in previous elections kept vigil and waited in lines on the eve of general elections.

Unsurprisingly, residents have started queueing up in similar fashion, some with plastic chairs, stones and worn out car tyres.

At the Holy Child Nursery, which has a cluster of polling stations, some persons had defied the odds, under the vagaries of the cold weather to queue up with the hope of voting as early as 0700 hours when polls open on Monday.

Mr Samuel Antwi, 60, who has lived in the community for over 20 years, told the GNA that the stakes in this year’s elections are rather high, and his decision to vote for his preferred candidate would be how well promises like Free SHS have been implemented and government’s industrial drive.

Sakumono Estate is one of the communities in Tema West Constituency including; Sakumono Village, Tema Community Two, Three, Five, Lashibi, Batsona, Mataheko, Adjei Kojo and its environs, where voting will take place.

The rest are; Mr Emmanuel Abossey Ashison, a Project Manager representing the Ghana Union Movement (GUM), Mr Solomon Dancan Amponsah, a Business Administrator contesting on the ticket of the CPP and Madam Hyde, a Pharmacy Assistant representing the NDP.

The process of voting during the special voting exercise on December 1 was unconstrained, smooth with high turnout in all two centres in the Constituency, as generally observed, and confirmed by the Electoral Commission – which put the nationwide turnout at 87.8 per cent.

The NPP and NDC are the strongest contenders in the election and have viable paths to victory, but the Tema West Constituency is considered the stronghold of the NPP as the party has won the parliamentary seat consecutively in the last 6 elections.

In the Presidential Election, then Predidential Candidate, Nana Addo Dankwah Akufo-Addo won by a landslide with 43,248 votes representing 57.6 per cent while John Dramani Mahama of the NDC garnered 31,117 votes representing 41.4 percent.

Dr Raphael Kwasi Sarpong Tuffuor, NDC Parliamentary candidate for the Constituency, who is seeking to take over the Parliamentary Seat in this year’s election, is giving the incumbent MP, Carlos, a good run for his money.

Mr Dennis Amenyo, one of the potential voters keeping vigil ahead of polling day said he will make good use of his “thump”.
GNA