Voting delays in some polling stations in Tema West 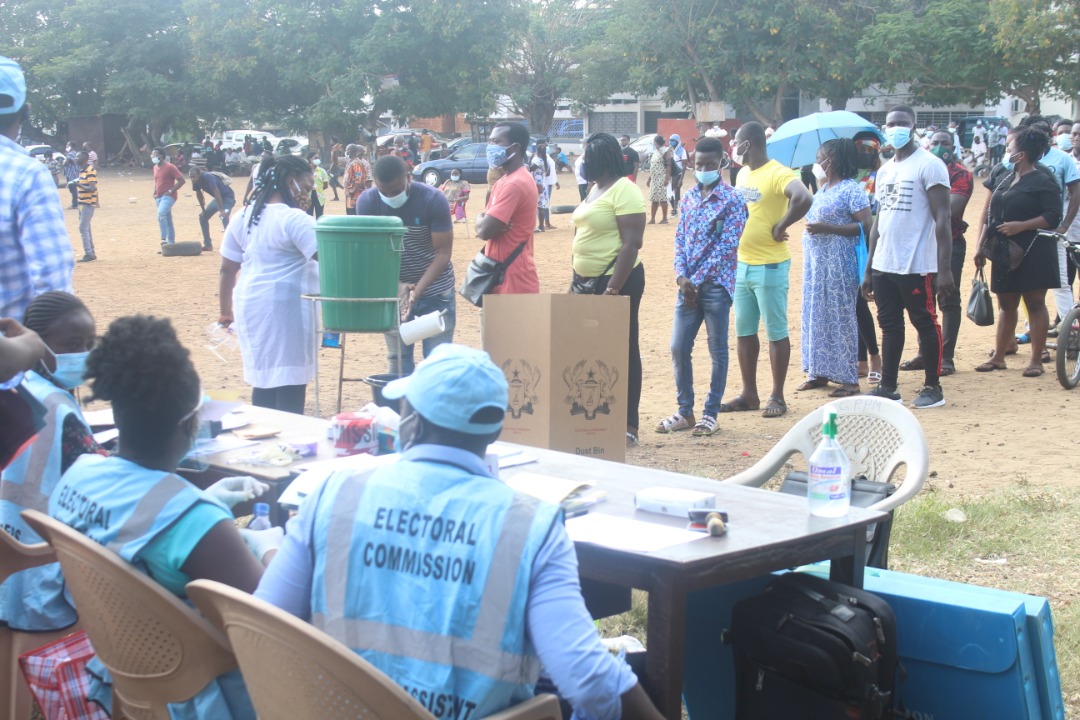 Tema West, Dec. 7, GNA – Voting in the Tema West Constituency is currently underway with some recorded delays at the commencement of polling.

The delays, some Presiding Officers the Ghana News Agency spoke to, was attributable to the non-availability of desks for officials, especially at the Holy Child Nursery where some 2,797 registered voters where expected to vote.

As of 0740 hours, none of the three polling stations A, B and C, with 1455 registered voters, had started voting. 40 minutes after the the start of polls,  the Bethel Day Nursery polling stations were yet to record a ballot cast.

At the Hope Presbyterian Church in Sakumono Estate, voting had already commenced when the GNA visited the cluster of polling stations at 0750 hours.

Potential voters, who had thronged all seven polling stations at the Holy Child Nursery looked expectant and spirited as they queued up and took turns to vote.

Mr Patrick Mawusi, Presiding officer at Polling Station B, said voting started some 40 minutes after start of polls as officials of the EC struggled to find desks to work on.

He said the exercise had since been smooth with no issues, accustomed with the commencement of polls in the area.

The situation, he admitted, stalled the process but commenced shortly after when situation was resolved and over 50 persons had voted as at 0930 hours.

Covid-19 protocols were being adhered to with washing of hands and checking of temperature, albeit social distancing was seemingly nonexistent at most of the stations.

At the Mount Zion Methodist School in Tema Community Three, voting was ongoing when the Ghana News Agency (GNA) visited all six polling centres and 215 persons had cast their ballots as at 0845 hours.

At Polling Station, C240205A, Florence Opare, Presiding Officer said voting delayed for close to 40 minutes as the centre was being set up.

Like in all other centres, Polling Stations in the constituency have a threshold of 749 registered voters to minimise overcrowding at such centres.

The rest are; Mr Emmanuel Abossey Ashison, a Project Manager representing the Ghana Union Movement (GUM), Mr Solomon Dancan Amponsah, a Business Administrator, contesting on the ticket of the CPP and Madam Hyde, a Pharmacy Assistant representing the NDP.