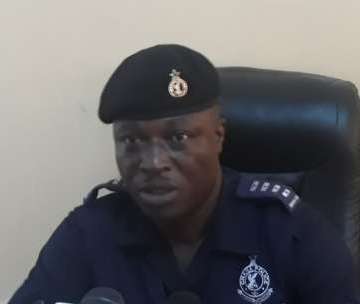 Berekum (B/R), Dec. 9, GNA – The Bono Regional Police Public Relations Officer, Chief Inspector Augustine Kingsley Oppong has commended the people in the region for showing a sense of maturity by voting peacefully which is contributing to the prevailing peace of the country.

The region recorded no unpleasant incident in the just-ended December 7, 2020 presidential and parliamentary elections, he told the Ghana News Agency in an interview at Berekum in the Berekum East Municipality of the region.

Chief Inspector Oppong therefore appealed to the general public to continue to promote and sustain the nation’s peaceful co-existence.

Meanwhile the Berekum Township had been calm since the close of polls at 0500 hours on Monday, however people are glued to their radios and televisions sets listening to the general election results trickling in from the various constituencies.

Most of the people the GNA spoke to said they had peacefully elected a new member of parliament for Berekum East, Mr. Nelson Kyeremeh of the New Patriotic Party.

But “our major expectation which we are waiting for is the Electoral Commission’s declaration of the presidential and parliamentary election results and which political party has won majority in parliament for us to start jubilations and celebrations in moderation”.