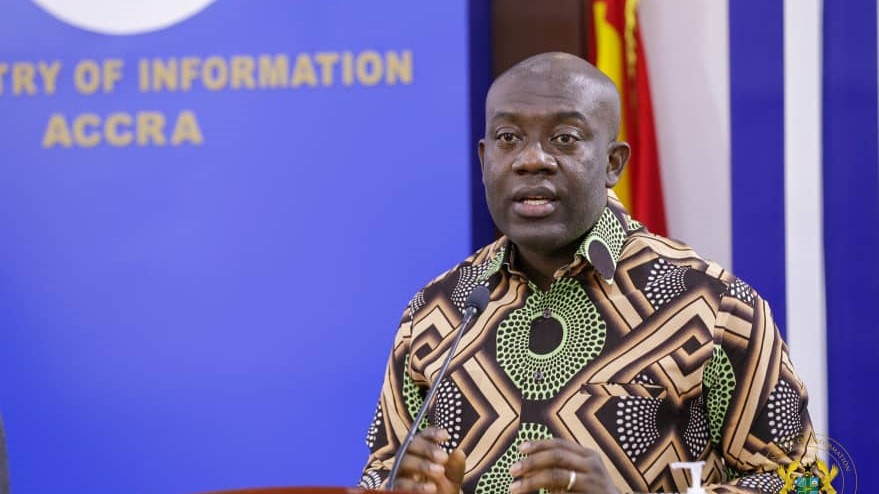 Accra, Dec.8, GNA – The Government has urged all presidential candidates in the December 7 Elections to desist from churning out misinformation about the outcome of the presidential results since it could heighten tension and threaten the peace of the country.

It urged all well-meaning Ghanaians to remain calm and follow the updates of the Electoral Commission (EC) until it declares the eventual winner of the Presidential Elections.

Mr Kojo Oppong Nkrumah, Minister of Information, told journalists at an emergency media conference  in Accra on Tuesday night, to respond to the NDC Flag bearer’s claim that his party had won majority seats in Parliament and thus, incited the NDC supporters to jubilate.

The Minister cautioned that such conduct by Mr Mahama could endanger the peace of the country and heighten anxiety among the populace.

He said the EC was the only constitutionally mandated institution to declare the Presidential results and should be allowed to collate and declare the results at the appropriate time.

“Please do not be deceived by any candidate, especially Mr Mahama at this point in time that his party has won majority in Parliament.

” It is absolutely irresponsible and flies in the face of good conduct and even the Peace Pact that the Presidential candidates signed a few days to the elections,” Mr Oppong Nkrumah stressed.

The Minister urged all Ghanaians and the International Community to disregard Mr Mahama’s claims and wait for the official results from the EC.

The EC, he said, had successfully conducted  seven previous elections under the fourth Republic and has been generally fair and transparent in conducting the 2020 polls.

Mr Oppong Nkrumah debunked assertions by the Flag bearer of the NDC that winning 10 regions translate into winning the Presidential elections, explaining that Article 63(3) of the 1992 Constitution requires that a presidential candidate should receive 50 per cent plus one of the total valid votes cast.