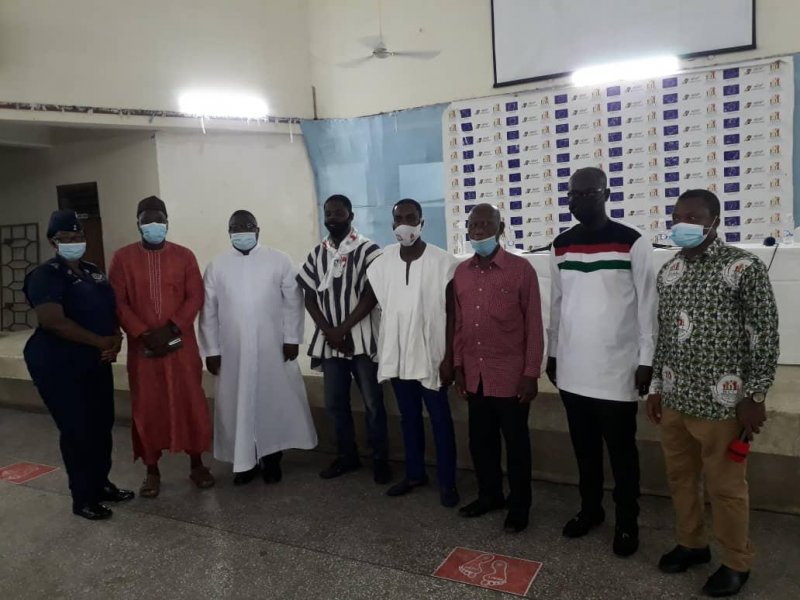 Tema, Nov. 27, GNA — The Tema West Municipal directorate of the National Commission for Civic Education (NCCE) has conducted a debate session for parliamentary candidates in the Tema West Constituency.

The debate session, which was a panel discussion on the thematic areas of health, Education, Employment, Security and other subjects, had candidates of the Convention People’s Party (CPP), the Ghana Union Movement (GUM) and the National Democratic Congress (NDC) participating.

In his opening remarks, the NDC parliamentary candidate for Tema West, Dr. Raphael Tufuor observed that some roads in the Municipality were so bad that they cut off those communities from the rest of Tema hence he would tackle them in earnest when elected.

Dr. Tufuor also bemoaned the lack of a major hospital in the Municipality with most cases referred to the Tema General Hospital in Tema East and hinted on the initiation of plans to get a modern health facility for the constituency.

The parliamentary candidate for GUM, Mr. Emmanuel Abossey Ashison, also lamented about the local poor roads and told of a comprehensive programme to address the problem and open up the area for development.

He said he would help to improve upon the housing stock in the Municipality and make the huge number of migrants from the hinterlands get cheap and affordable housing units in the municipality and effectively abolish what he called ‘kiosk estates’ residences which gave a bad image of the nation.

Mr. Solomon Kwesi Amponsah of the CPP hinted that poor supervision in government schools made them churn out poor students. In that regard, he insisted on lobbying for a stricter supervisory system that would put the government teacher on his or her toes to ensure an effective teaching and learning process.

He was of the opinion that the many industries in Tema coupled with the Tema Harbour was enough to employ most of the youth if proper leadership was in place. He therefore pledged to ensure that an effective system would be put in place to maximize the opportunities in Tema and deal with the local unemployment situation.

Speaking to the Ghana News Agency (GNA) on the sidelines of the debate, the Tema West Municipal Director of NCCE, Mr. Fidel Bortey, said, “Prior to the elections, we want the electorate to know that it isn’t about fighting, but about policies they have for us.

“So, we provided this platform for everyone to get to know their policies which could affect voting decisions as they decide who would best represent their interest in parliament.”

Mr. Bortey observed the effort of NCCE to entrench debates sessions in Ghana as part of the Ghanaian democratic process, hoping that such an exercise would become mandatory so all political parties would be present to interact with the electorate.

He said gradually, “Ghanaians were getting over the politics of insults because people were now tilting towards policies instead of name calling and fighting.”

Mr. Bortey therefore entreated Ghanaians to know that “peace is key; let’s listen to the policies and go out and vote, because sovereignty lies with the people.”
GNA