NDC will win 60 per cent seats in Parliament- Mahama 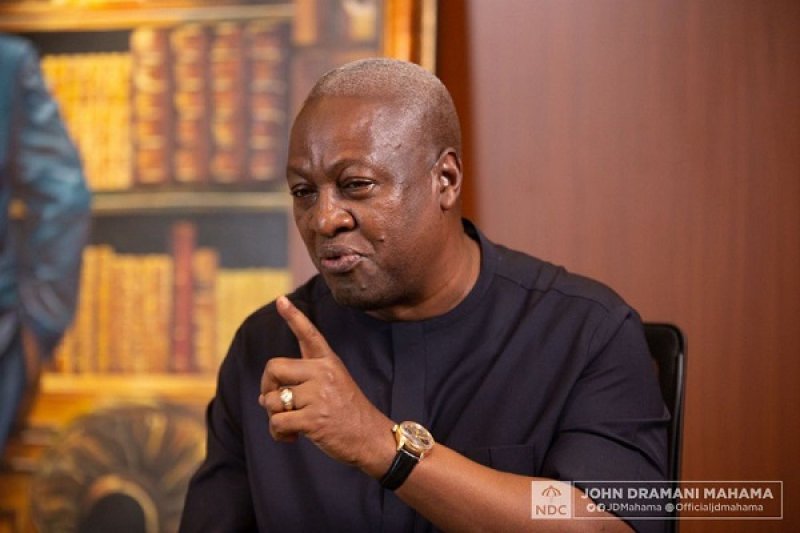 Yendi(NR) Nov 29, GNA- Mr John Daramani Mahama(JM) the Flagbearer of National Democratic Congress (NDC) has assured supporters of the party in Yendi and Ghana as a whole that NDC will win 60 percent of the seats in Parliament come December 7, 2020 elections.

He said when they were in power, they put up a pharmacy block at the Yendi Municipal hospital, constructed 14 CHPS compounds in various communities in Yendi constituency, built a three storey lockable stores building in Yendi to improve the economy of the people, a modern lorry park on the Yendi-Gushegu road, Construction of the Eastern corridor road, which gave the Youth employment.

He announced that the next NDC administration would introduce the Big Push to create employment, a manifesto that would convince Ghanaians to vote for NDC to win 60 percent of seats in parliament, citing the Yendi Constituency as one of them.

He said NDC government will establish a farmer mechanization centre in Yendi with 15 tractors, combine harvesters and other farming inputs for farmers and urged them to register for the tractors to plough for them and pay only after harvesting their crops.

He said the Free Senior High School Education was good and nobody would change it, but to make it better and that was why NDC government considered building 200 Community Day Schools that were abandoned by the NPP government.
He said private schools would also benefit from the Free SHS education and would do away with the double track, if they return to power.
Mr John Mahama said they had three major projects for Yendi, made up of a new hospital, under the big push, design and expand the Yendi water system and create employment for the youth in police service, Forestry Commission amongst others.

He promised that his next government would adequately equip the security to curb crime wave in the country.