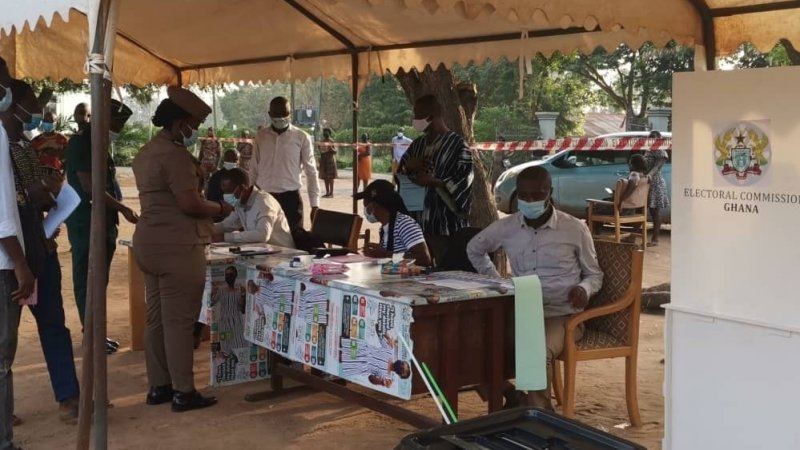 The exercise is taking place at 311 Electoral Commission (EC) designated voting centres located in all the 275 constituencies.

The voting, which started at about 0700hours across all the centres will end at 1700hours.

He said a total of 410 electorates were expected to vote at the polling centre.

The GNA observed that some voters were at the polling station as early 0545 hours as they waited patiently to vote.

The set up of the polling station featured prominently the COVID-19 prevention as all electorates were made to wash their hands, and wear facemasks.

A total of 17,029,971 voters are expected to vote in the 2020 General Election to choose one of the 12 presidential candidates and Members of Parliament to represent Ghana’s 275 constituencies.