Will she make history as Ghana’s First Female Vice President? 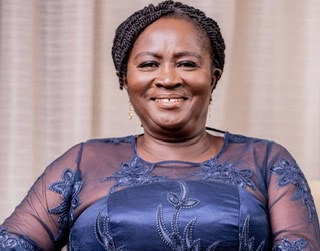 To many social media enthusiasts, the first female running mate to a major political party was breaking the glass ceiling once again for women.

Prof. Opoku Agyemang accepting her nomination said: “This historic nomination is not a personal achievement but victory for inclusive and participatory democracy, which enhances the credentials of our country and recognises the towering role women have played over the ages to achieve the progress we have made.

As Ghanaians go to the polls on Monday, December 7, to elect the President Eighth President of the Fourth Republic, will Professor Naana Jane become the mascot Former President John Mahama needs to erase his record as Ghana’s first one-term President, while she makes her own history as the nation’s first Vice President?

Prof. Naana Jane Opoku-Agyemang was born in Cape Coast in 1951 and grew up in Komenda, Accra, and Cape Coast. She attended the Aburi Girls and Wesley Girls High School before her admission to the University of Cape Coast to study for a bachelor’s degree in English. She pursued graduate study at York University in Canada, where she earned a PhD in English Literature.

She then returned to Ghana and began her teaching career at the University of Cape Coast, eventually making history in 2008 as the first female Vice Chancellor of a public university in Ghana. She had served as Hall warden for Adehye Hall, Head of the Department of English, Dean of the Faculty of Arts and founding Dean of the School of Graduate Studies.

During her period of more than 30 years at the University of Cape Coast, she mentored and inspired thousands of students who testify to her kindness, intelligence, concern for their welfare, and integrity.

She also produced groundbreaking research in the humanities. Her world-class scholarship led to her being inducted as a fellow of the Ghana Academy of Arts and Sciences.

In 2013, she became the Minister of Education under John Dramani Mahama for the entirety of his first administration.

Her achievements in the education sector include: reducing national average of teacher absenteeism from 27% to 7%; establishment of special schools in 7 out of the 43 Colleges of Education; introduction of progressively free SHS through targeted and sustained planning; construction of 25 district education offices; introduction of the BECE Private Candidates Policy; procuring and distributing 500 vehicles to educational institutions; completing 46 e-blocks with 77 others at various stages of completion; and completing 1,129 Classroom Blocks, 73 Teacher Accommodation Blocks, and 82 boreholes while rehabilitating 622 schools; among many other initiatives.

The combination of infrastructural development with policy initiatives ensured that the quality of education at all levels saw marked improvement during her time at the helm of affairs.

Since she left office, she has continued to be a pillar in education, becoming the Chancellor of the Women’s University in Africa based in Zimbabwe. She is also the President and Board Chair of the Forum of African Women Educationalists (FAWE), where she helped raise $1 million to improve their impact in Africa.

With her nomination and confirmation as the Vice-Presidential candidate of the National Democratic Congress, it is expected that she will bring her decades of academic and management experience and innovation to bear to make Ghana a better place.

Professor Jane Naana Opoku Agyemang says: “I extend a hand to everyone, no matter how disappointed you have become, no matter the depth of your frustration, your anger, your despair, come! Let us chart a clear path for our country built on the values of integrity, trust, responsible citizenship, caring, putting others first, simple polite language.”