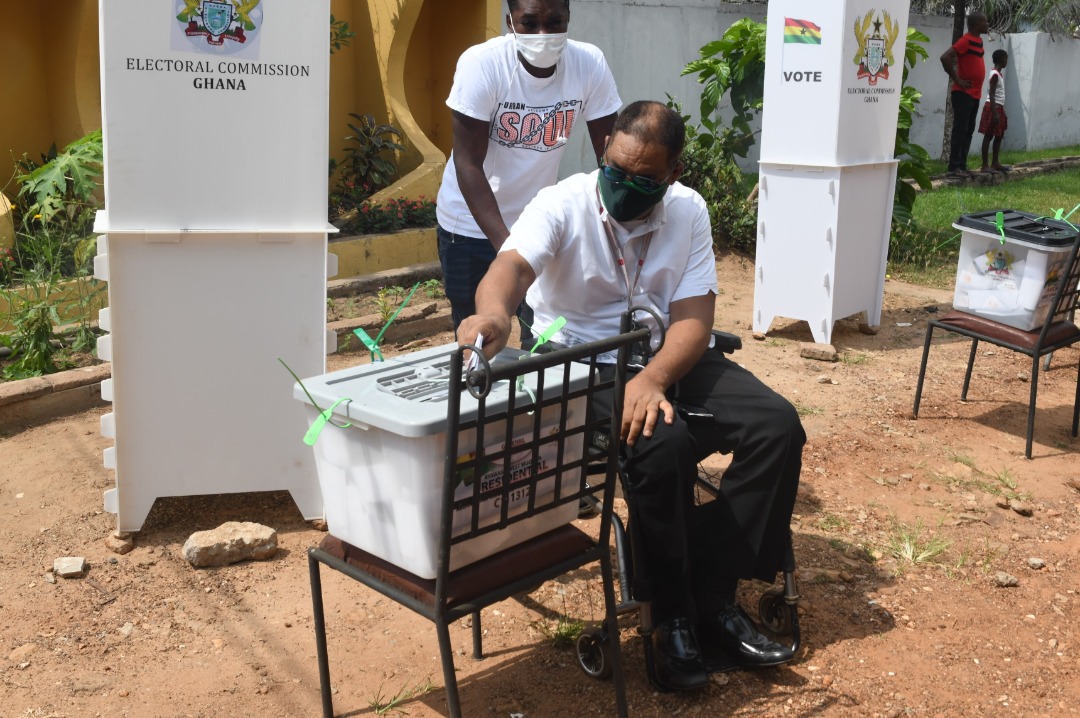 After voting, Mr Greenstreet said God will choose a leader for the nation at the end of the polls; “I appreciate the electoral process”.

He expressed confidence that he would be declared the winner and urged the Ghanaian electorate to reject the two major political parties- the ruling New Patriotic Party (NPP) and the main opposition National Democratic Congress (NDC).

He said was willing to accept the election results if they did not go in his favour.

Mr Greenstreet, while urging the electorate to be vigilant at the polling station, he repeated the call to make the process peaceful.

With the help of an assistant, Mr Greenstreet was wheeled to where electoral officers were, and after washing his hands and going through other COVID-19 safety measures, was taken through the necessary checks.

When he was cleared, he was wheeled to the cast his vote, but an electoral officer protested against the police officer accompanying him standing beside him as he ‘thumbprinted’ the ballot papers.

After casting his votes, Mr Greenstreet in an interview with journalists, said the CPP has been strategic in fielding parliamentary candidates.

The party did not file a parliamentary candidate in the Ayawaso West Wuogon Constituency.

Mr Greenstreet stood by his positon that the Ghanaian electorate would give the NPP and the NDC an electoral electric shock, by endorsing him as the next President, to lead a CPP Government.