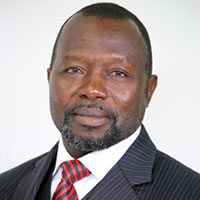 Dr Ayine, a former Deputy Attorney-General, who is seeking reelection said it would be difficult for the NPP parliamentary aspirant to overturn the 72 per cent margin he obtained in 2016.

The incumbent MP said this in an interview with the media at the Catholic Social Center polling station at Zuarungu where he cast his vote.

“Even if there is a chance for NPP, they will not overturn the NDC performance obtained in the last election”, he said.

He said the electorate have high expectations, particularly in the area of electrification among other pressing needs, which the ruling NPP government has not been able to meet.

The MP said he started an electrification project covering 22 communities in the constituency, which had endeared him to the people who still reposed confidence in him and would like him to continue the good works started.

In response to how he would collaborate with other political parties to improve on the development of the constituency, the MP reiterated that the essence of democracy was to ensure that leaders ensured they acted in the interest of their constituents.

To this effect, he said the constitutional injunction was to ensure that every government continued projects started by any previous administration.

Dr Ayine said a library project he started between 2015 and 2016, should have been completed for the community in the spirit of the constitution but had been abandoned.

“When the NDC is chosen by the people to form the next government, any project started by this government will be continued,” he said.

The total voter population of the constituency is 22,104.