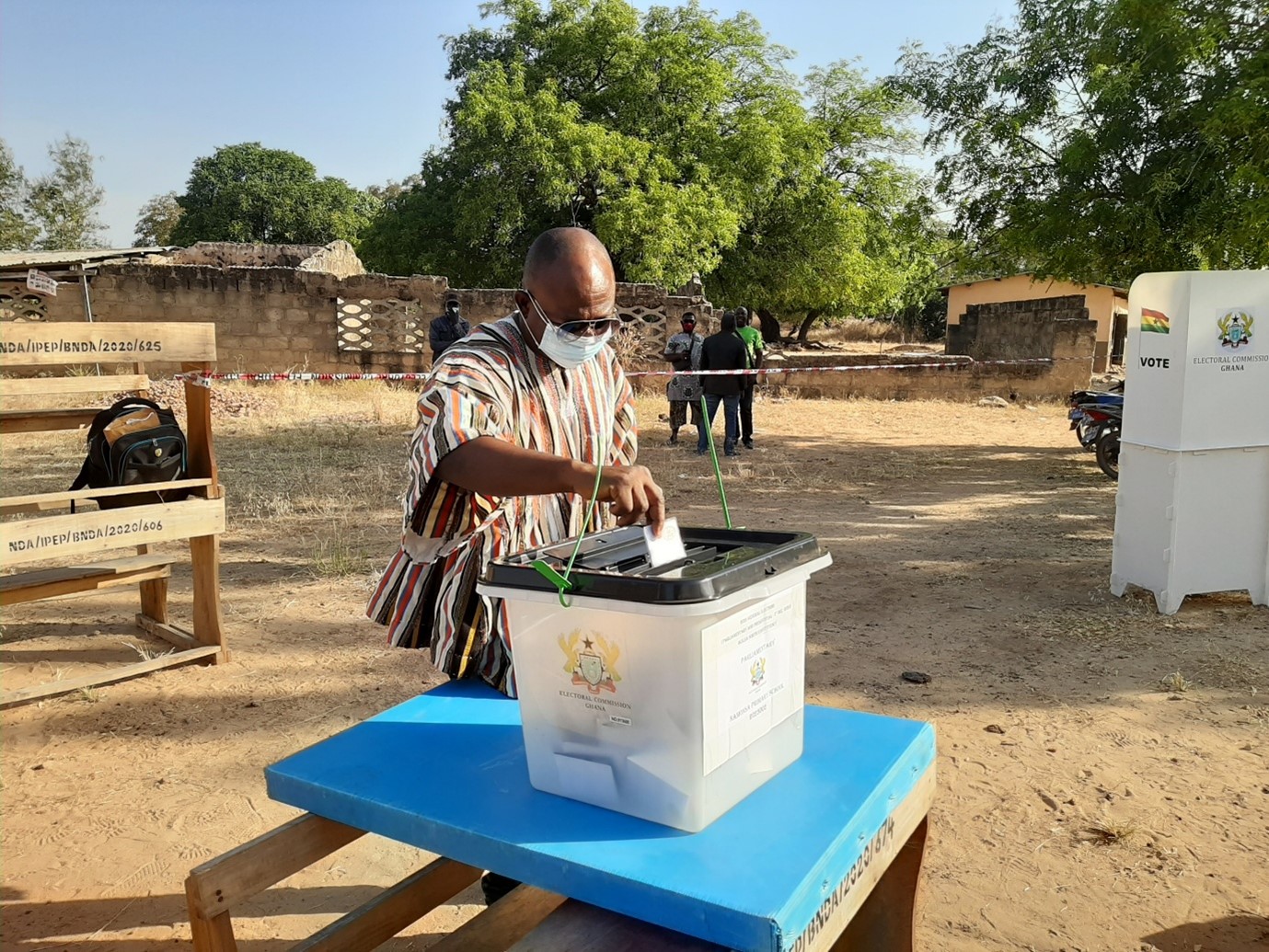 Namonsa (U/E) Dec. 7, GNA – Mr James Agalga, the Parliamentary Candidate for the Builsa North Constituency has successfully cast his vote at the Namonsa Primary School in the Builsa North District of the Upper East Region.

As at 0800 hours when the Ghana News Agency (GNA) arrived at the polling centre, about 95 registered voters where in queue ready to exercise their franchise.

Mr Agalga who cast his ballot, told the GNA that the process was successful without any challenges, “The protocols are being observed, they fired the thermometer gun at me, and made sure that my temperature is within the normal range before I was asked to sensitize my hands.”

He said after washing and sanitizing his hands, he proceeded to the electoral officer who checked to confirm his name in the voter’s register.

Mr Agalga proceeded to the screen to cast his ballot, and indicated that “So far, there is no incident worth reporting as far as I am concerned. Mr Richard Atengkpieng, the Presiding Officer at the Namonsa Primary School, told the GNA that 337 registered voters were expected to cast their votes.

Mr Joseph Atim, a retired Police Officer who shared his experience with the GNA after casting his ballot, described the process as successful.

“Everything was fine, I have finished voting, I want to return home and relax,” he said.

When the GNA earlier visited the Walekaki Junction, in the Navrongo Central Constituency, where 348 voters were expected to cast their votes, Mr Williams Atampugre, the Presiding Officer said they had no challenges and the process was moving on smoothly.

The situation was not different at the Achanyeri Primary School in the Builsa North Constituency where 323 registered voters were expected to vote.