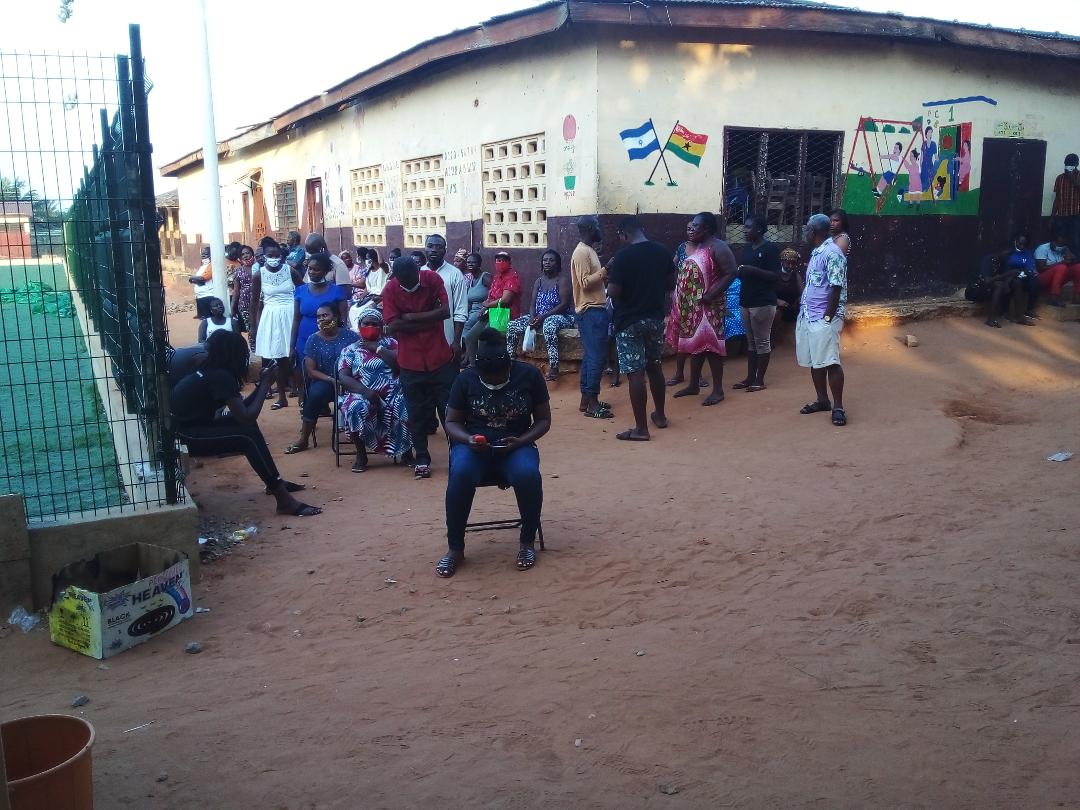 The polls at Ablekuma South Constituency, which started at 0700 hours is going on smoothly with voters waiting in relatively long queues to vote.

There were about 200 voters in queues as at 0530 hours when GNA visited the Polling Station with six Centers.

Mr. George Appiah Anane, Presiding Officer at Center A told the Ghana News Agency that all logistics required for the exercise including; the COVID-19 preventive equipment were ready and had arrived on time.

He said 477 voters were expected to cast their ballots at the station and expecting the exercise to be calm and peaceful.

Party agents of the New Patriotic Party (NPP), the National Democratic Congress (NDC), and the Ghana Union Movement (GUM) were present at the polling station.

At Center B, Madam Theodora Lamptey, the Presiding Officer said they were expecting 453 registered voters to cast their ballots.

Ms. Vera Konotey, the first electorate at the Center to cast her ballot said she had to wake up early to join the queue to avoid frustrations and misunderstandings that come with joining long queues.