Voting starts on time at Dawhenya cluster of centres 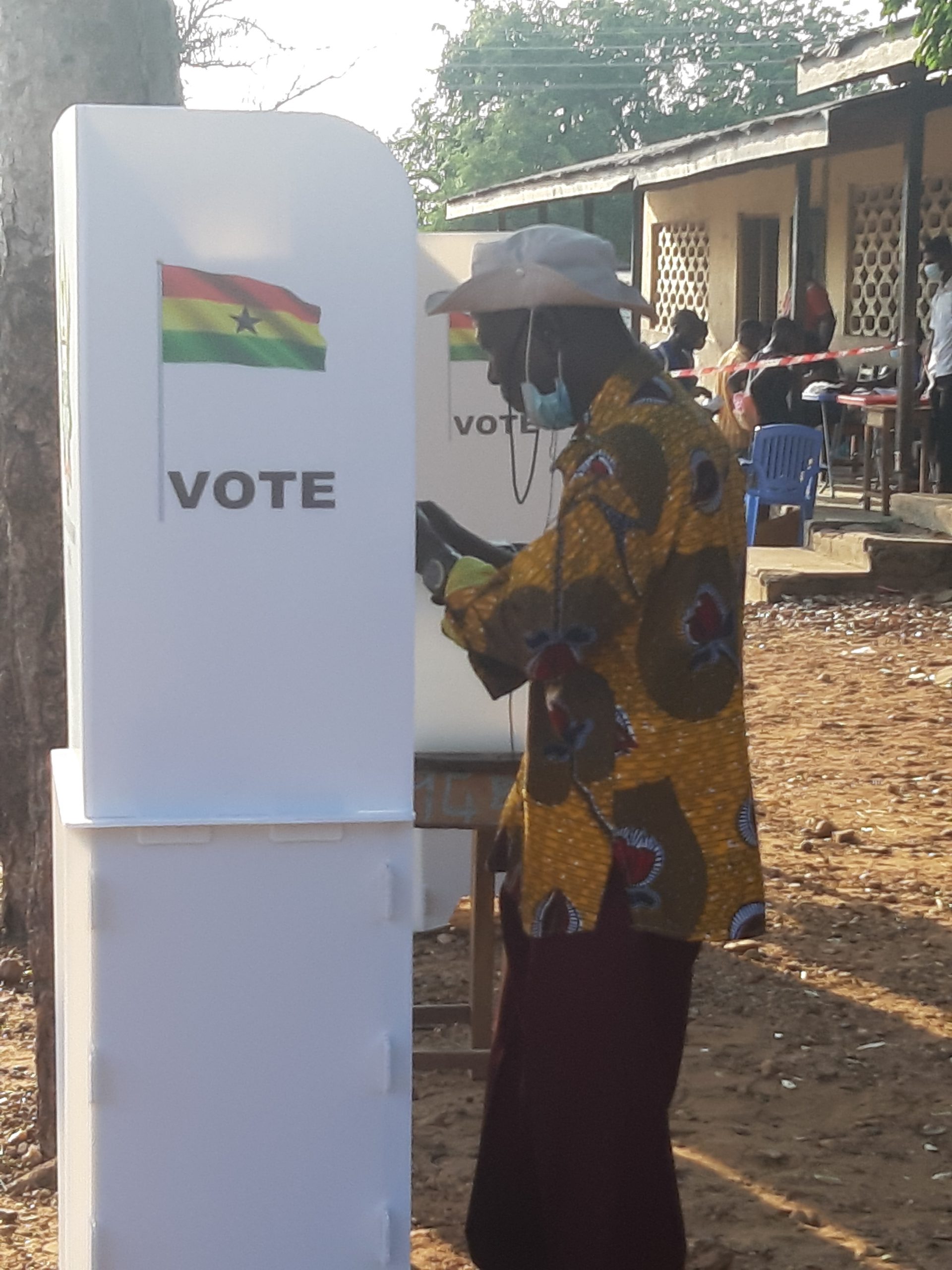 Some 95,753 registered voters are expected to vote in the Constituency at its 195 polling stations.

The first person to cast her vote at Dawhenya Methodist Primary 2 ‘A’ was Ms Mercy Baami, an IDEG Observer, who was allowed to vote to enable her undertake her duties.

Mr Cephas Agbeko, 68 year old, who was the second person to vote, told the Ghana News Agency that he pleaded with officials to allow him to vote early due to his poor sight.

Mr Agbeko commended the officials for ensuring orderliness at the centre.

COVID-19 protocols were in place as electorates washed their hands, checked their temperature and sanitized their hands before voting.