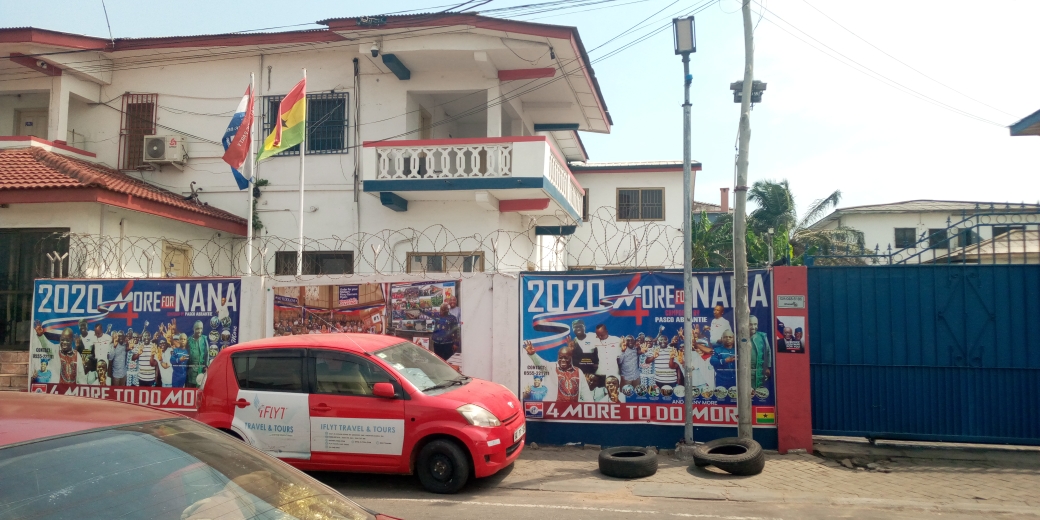 Accra, Dec.7, GNA – The National Executives of the ruling New Patriotic Party (NPP) as well as National Campaign Officers have moved camp to the electoral grounds to observe the polls.

During a visit to the both the NPP headquarters and the Campaign Office, Ghana News Agency monitoring team was informed that all the party officials moved out.

The GNA team which pitched camp there from 08:00 till 12:00 noon. Those spotted at the offices were security officers at the entrances of the offices, administrative officers and party faithful who had paid a visit to the office.

Some reliable sources told the GNA, most of the executives had gone to their hometowns or constituencies to vote and encourage sympathizers of the Party and ‘floating’ voters to go to the polls.

Hence, they were going to be available at the offices in the late afternoon or when voting ends.