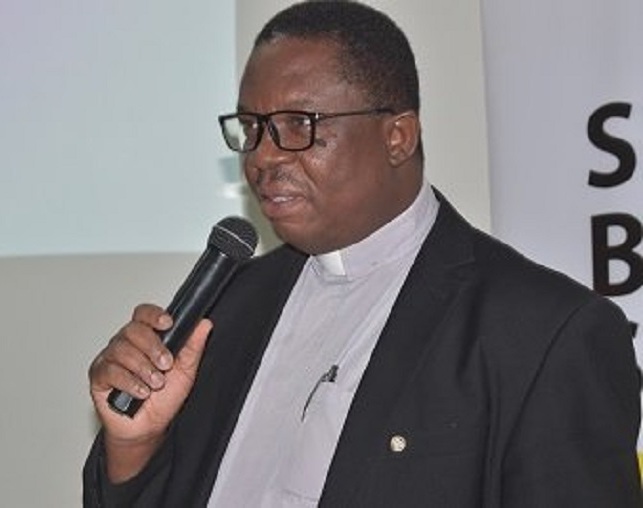 Accra, Dec. 9, GNA – The Christian Council of Ghana (CCG) has called on Ghanaians to remain calm as the country awaits the official declaration of the winner of the presidential election from the Chairperson of the Electoral Commission (EC).

“We kindly appeal to the leadership of the two main political parties to desist from announcing the winner of the Presidential Elections as it has the propensity to cause mayhem in the event that the EC’s official declaration goes contrary to that announced by the political party”, the Christian Council said.

It, however, thanked Ghanaians for once again, putting the nation on the world map as the beacon of democracy in Africa, and also expressed appreciation to the role played by the security agencies, the media and other stakeholders leading to the success of “this year’s Elections”.

It said it was also thankful to God for the peace and tranquility being enjoyed in the electioneering process, saying, in spite of the pockets of violence reported in some polling stations, the elections have been generally peaceful.

The Council also expressed its gratitude to the EC for the manner it has conducted itself and the quick updates it gave to Ghanaians throughout the electioneering period.

“Ghana is indeed the winner in this year’s elections. May God bless our homeland Ghana and make our nation great and strong”, the Council stated.

Newsite, Dec. 9, GNA – The Multi-Stakeholder Group of the Infrastructure Transparency Initiative (CoST) of the Sekondi-Takoradi Metropolitan Assembly has paid a working visit to the Cocoavilla road under construction by Urban roads.

The road, a major link between the Effia-Kwesimintsim Municipality and Sekondi -Takoradi Metropolitan Assembly, was in a very deplorable state.

The Assembly, therefore, awarded it on contract some four months ago to improve upon transportation and the visit by the MSG of CoST was also to assess the level of work and whether it was being done according to specifications.

CoST is an international organization that works to ensure that citizens get the best from their leaders in terms of infrastructure.

Mr Isaac Aidoo, the CoST manager, said the road was part of five projects selected by the CoST to undertake assurance process in the Metropolis.

The Assurance process is one key measure to ascertain adherence to details on project execution.

The Cocoavilla road, estimated at US$5.7 million, was 45 per cent complete.

Mr Wilson Amegatse, the Engineer supervising the project, indicated that the base had to be properly done to ensure that the road could carry a heavy load.

The 1.6-kilometre road has drains and other ancillary work completed awaiting surface bitumen.