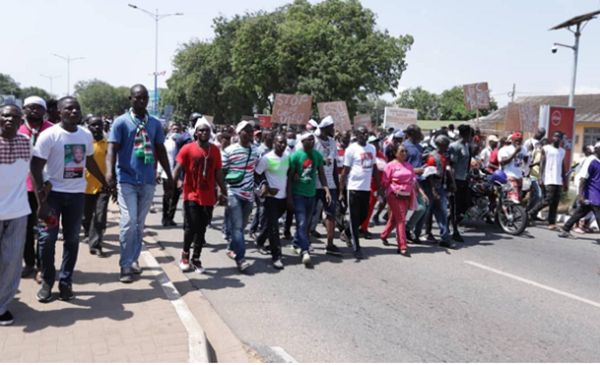 Accra, Dec. 9, GNA – Supporters of the National Democratic Congress (NDC) around mid-day on Wednesday started massing-up at the Headquarters of Electoral Commission demanding the immediate declaration of the Presidential results in favour of the former President John Dramani Mahama.

The supporters are mostly dressed in NDC T-shirts.

Security at the EC Headquarters has been beef up with a joint Police and Military team with all roads leading to the EC Office being blocked.

Speaking to the Ghana News Agency, some of the supporters expressed concern about the delay in the declaration of the Presidential results.

Mr Mohammed Iddrisu, a sympathizer of the NDC, said the supporters of the NDC were suspecting some fishy deals at the EC amidst the massing up.

Hajia Sawdatu Musah, also a sympathizer, said the delay by the EC to announce the winner of the election was increasing tensions.