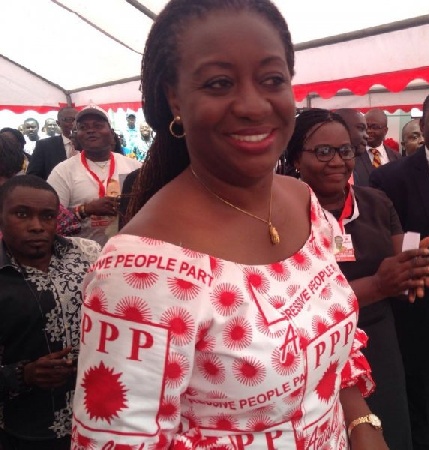 Accra, Dec. 9, GNA – The Progressive People’s Party (PPP) has cautioned against the sending of “premature” congratulatory messages to some presidential candidates ahead of the formal declaration by the Electoral Commission.

In a statement copied to the Ghana News Agency (GNA) and signed by Madam Bridgette Dzogbenuku, 2020 Presidential Candidate, PPP, said the Party was equally concerned about the outcome of the 2020 Presidential race, delay in declaring a winner, and various “allegations of violence and possible fraud.”

“We would like to place on record that the PPP shall be the first to congratulate the EC’s declared winner of the Presidential race,” it said.

The statement said in that regard, “premature congratulations are out of order, particularly at the time when the election is too close to call.”

It urged citizens to desist from such practice because it had the “tendency to promote instability in our dear nation. “We encourage the EC to thoroughly review all allegations of criminality and electoral infractions, and to calm the tensions in the nation by announcing figures that reflect the true will of the people,” the statement said.

It asked all security services to act in the interest of the people of Ghana, and not for or against any political party.

The 2020 PPP Candidate called on all Ghanaians to be vigilant and protect the dignity of the nation’s electoral system while being mindful that all actions taken should contribute to preserving peace and stability in Ghana.