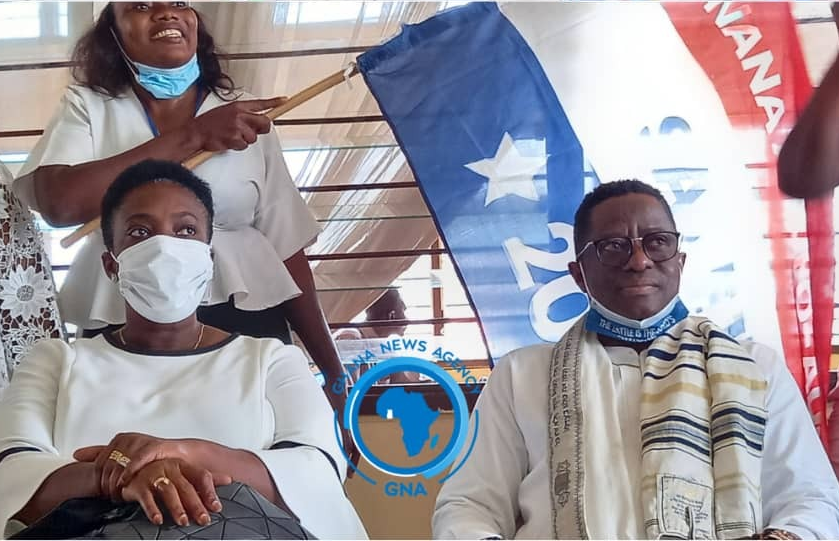 Hohoe (V/R), Dec 09, GNA – Mr John-Peter Amewu, elected Member of Parliament (MP) for the Hohoe Constituency, has said the New Patriotic Party (NPP) would decide when to give the parliamentary seat back to any political party.

“The seat is now in the hands of the New Patriotic Party and I want to assure them that having broken this 30 years history, we will decide when to give the seat back.”

Mr Amewu who addressed the media after being declared the winner of the December 7 parliamentary elections in the Constituency, said he was grateful to God, his wife, family, Regional and Constituency executives, traditional and religious leaders and members of the National Democratic Congress as well as the media who had been helpful.

“President Akufo-Addo told me, you must be focused on everything we do and also went further to say, you must always learn to buy your peace.

“These two words are what I always depend on and whatever did the magic for Hohoe is the advice from President Akufo-Addo. He said this several times.”

Mr Amewu noted that “to buy your peace means you must come at terms with your friends. When there is the need for you to be at loggerheads, you must learn how to resolve those issues quickly.”

The elected MP expressed gratitude to the President for showing him the way and making it possible for the history event taking place in Hohoe.

He said the victory was not for any political party but for the entire Hohoe and called on everybody to join the “victory wagon and celebrate this victory in peace”.

Mr Amewu noted that there were two major things he wanted to start quickly which included human empowerment which had to do with women who were into business and trade who needed support.

He said he would also focus on youth engagement with plans to solve unemployment by pushing them out of the streets and giving them jobs.

“As for infrastructure development, I think we have done a lot for Hohoe and we are going to concentrate on the two major issues in my next four years.”

The elections have been largely peaceful without any unlawful incidents recorded at any polling stations in the Constituency.

Mr Amewu was accompanied by his wife, Mrs Sesinam Amewu.