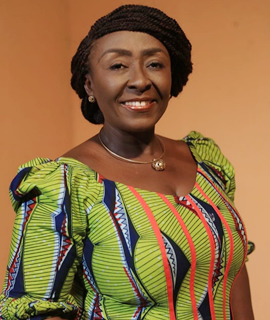 She beat Mr David Tiahno Quarshie of the New Patriotic Party (NPP), Rev Dometor Henyo of Ghana Union Movement (GUM), and Mr Holy Kingsford Amegah of the Liberal Party of Ghana (LPG), with a decisive 84,664 votes out of the 102,179 total votes cast.

The 55-year old former Deputy Minister of Tourism and Philanthropist would make history as the first female to assume such a position in the southern Volta since the Fourth Republic.

Madam Gomashie in her victory speech said her win was a bittersweet feeling because she was expecting even bigger results although she and the NDC won massively.

She said as Mama Dzramedo I, she would bring her mother factor to bear to ensure development in all forms of Ketu South.

“We don’t want to crawl any longer but grow and I want the goodwill of the people to make this possible.”