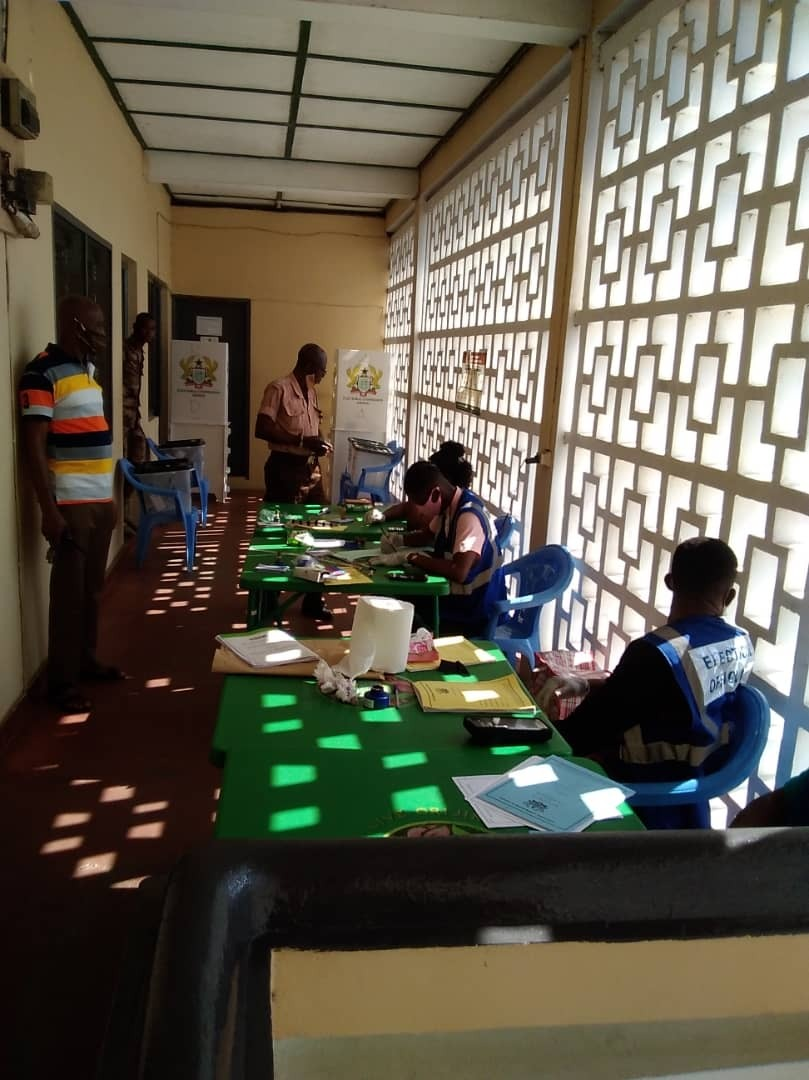 Ho, Dec 07, GNA-The novelty accompanying the first voting exercise from the prisons is underway in Ho, where inmates were allowed to cast their ballot from the walls of the prison.

The special dispensation was extended to the Ghana Prisons Service by the Electoral Commission allowing inmates to vote from the prison’s walls to safeguard their security.

A visit to the Ho Prisons, which has two polling stations, by the Ghana News Agency to verify the exercise saw some inmates going through the exercise with ease.

By 0945 hours a total of 74 inmates have expressed their voting rights according to Mr Mawuko Maqueson Afeti, the Presiding Officer.

The two polling stations were carved out of the Volta Regional Museum polling station A and B to give the inmate the opportunity to exercise their franchise in this year’s elections.

However efforts are being made to send some inmates to the STC Polling station to allow 14 of them, whose names were absent on the electoral roll A and B to also vote, Mr Darku said, adding this was due to a mix-up in the compilation process.

Meanwhile at the Volta Regional Museum Polling Station A and B presided over by Mr Patrick Dzigbordi Adzah and Mr Andrews Asare, some 105 and 43 voters have cast their ballot at 09500 hours respectively for eligible voter rolls of 421 and 446.