Race to Jubilee House begins on the 7th 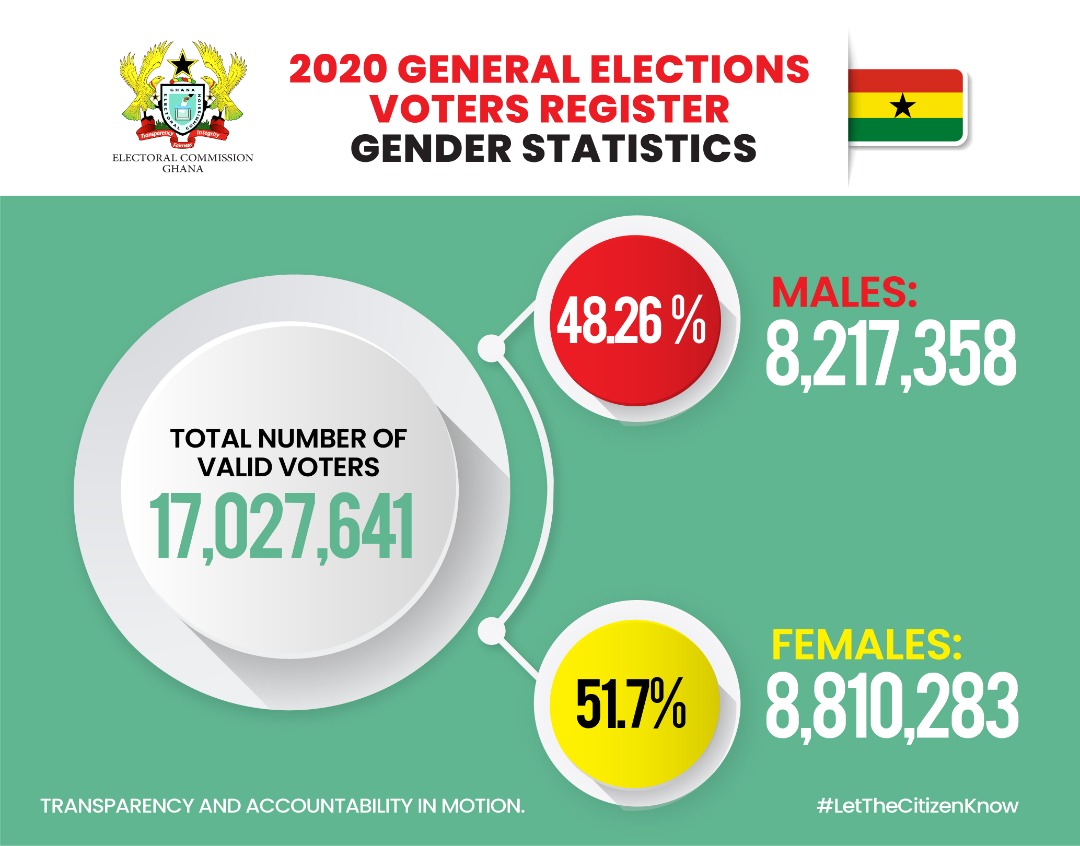 Accra, Dec. 3, GNA – Valid registered Ghanaian voters will on Monday go to the polls to elect the occupant of the Jubilee House, the seat of government for the next four years.

Two hundred and seventy-five members of Parliament will also be elected to serve for a four-year term.

The record of 12 persons contesting for the lone presidential slot in Election 2020 will go down in Ghana’s electoral history as the biggest slate of candidates since the country began the practice of democracy.

The candidate who secures 50 per cent plus one eligible in the Presidential contest will be the eight President of the Fourth Republic.

Nine Hundred and fourteen Parliamentary candidates are vying for 275 seats across the country.

Mrs Jean Mensa, Chairperson, Electoral Commission (EC) at a media interaction ahead of the commencement of the exercise, said the Commission was ready to conduct successful, credible, fair, orderly, and peaceful elections.

Mrs Mensa noted that the Commission had procured, prepared and distributed 74,800 brand new Biometric Verification Devices to enhance the integrity and credibility of the polls.

“It is expected that the enhanced features of the devices will speed up the verification process and go a long way to ensure that only persons whose biometric details are captured in our system vote on the Election Day, ” she said.

The EC Chairperson informed that 233,632, temporary officials made up of Returning Officers, their Deputies, Presiding Officers, Verification Officers, Name Reference Officers as well as a Covid-19 Ambassadors for the December 2020 Elections had been deployed.

She stated that a comprehensive training programme had been conducted for the officials with the requisite skills to enable them to perform excellently on Election Day.

Mrs Mensa remarked that the Commission had put in place stringent COVID-19 protocols to help curb the spread of the virus.

“Each polling station will have thermometer guns, Veronica Buckets for hand washing, Sanitizers, Liquid Soap and Tissue Paper,” she said.

The EC Chairperson said more polling stations had been created so that no station would hold more than 749 voters.

Mr James Oppong-Boanuh, the Inspector General of Police and the Chairman of the National Election Security Task Force, at a media briefing disclosed that a total of 62,794 security men would be deployed to maintain law and order at the polling stations.

They will be drawn from the Ghana Police Service, the Ghana Armed Forces, the Customs Division of the Ghana Revenue Authority, National Intelligence Bureau, Ghana National Fire Service, Ghana Prison Service and the Ghana Immigration Services.

He said the security agencies had learnt lessons from the voter’s registration exercise and had planned very well to take care of contingencies.