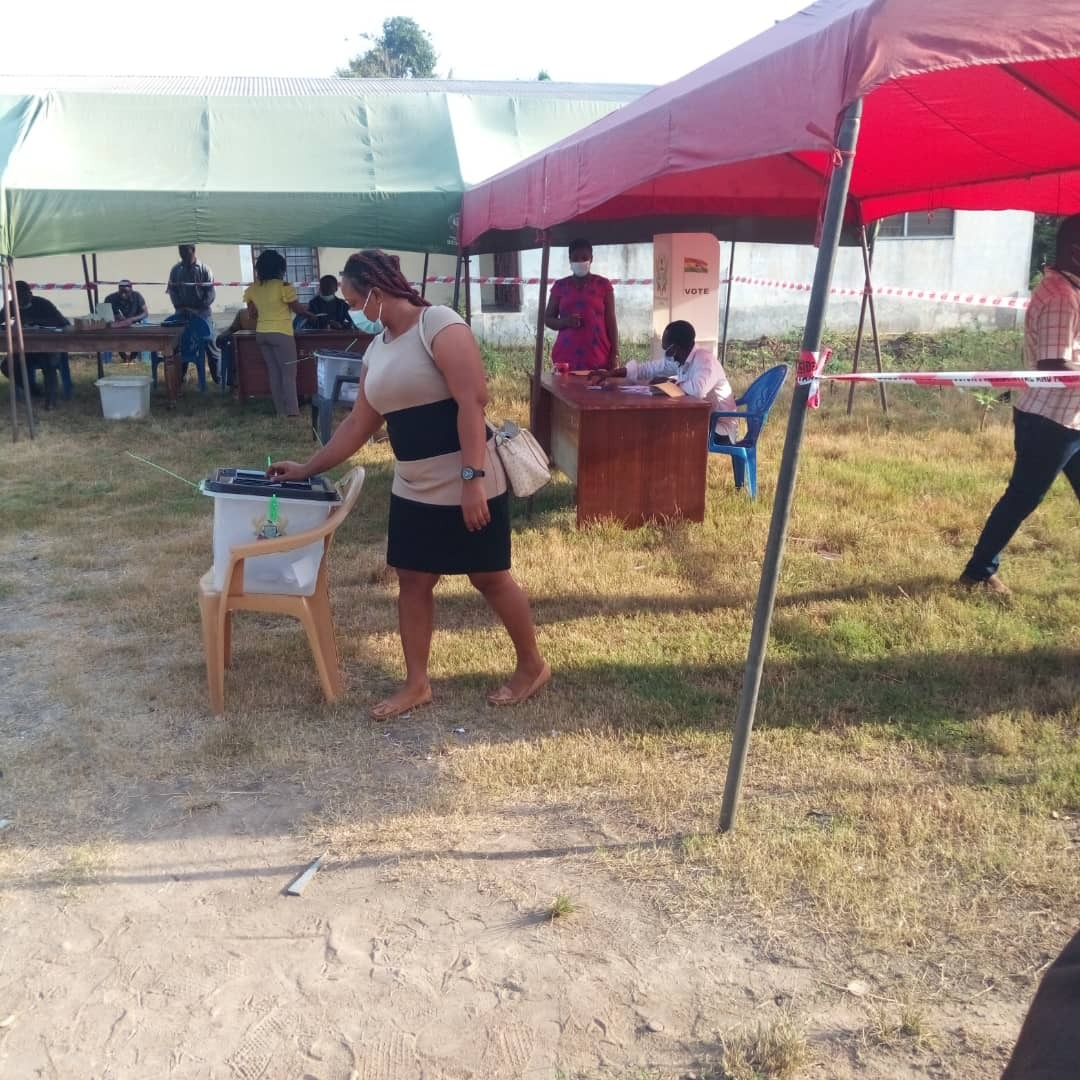 Sunyani, Dec. 07, GNA – Election officials have divided most of the polling stations in the Sunyani East constituency to reduce over-crowding and stem possible spread of the COVID-19, as several voters arrived to cast their ballots in the Presidential and Parliamentary elections in early hours of Monday.

When the Ghana News Agency (GNA) visited some of the polling stations, they had been clustered, while some election officials assisted expectant voters to identify their polling stations.

Many of the voters were already sighted in queues, patiently waiting for voting to start, and they told the GNA they arrived at the polling stations as early as 0330 hours.

Elections materials had also arrived in many of the polling stations around 0500 hours, while elections officials were arranging the centres.

Some uniformed Police personnel who were sighted at some polling stations told the GNA they could not have the opportunity to participate in the special voting exercise, and were there to vote.

“Our particulars were not found in the register during the special voting exercise and we have to come early and vote so that we can go back to our duty post,” one of them indicated.

At the St. Mary JHS polling station, which had been divided into three voting centres, Nana Kwame Akomah, 65, who was the first voter to arrive at the place, told the GNA his house was very close to the centre, hence the need for him to vote early and continue with his normal work.

Mr Sampson Yeboah Asante, one of the Presiding Officers explained that the clustered centres were necessary to facilitate smooth and speedy voting processes.

Several voters who had formed queues at the polling stations were already wearing their nose or face masks, while election officials had mounted Veronica buckets to aid hand washing with soap under running to stem possible spread of the COVID-19.

At the Rural Development Store and the Sunyani workers canteen, the polling stations had been divided into seven and two respectively, while voters were waiting patiently in queues to exercise their franchise.

Meanwhile, voting started exactly 0700 hours at the 255 polling stations in the Constituency without hitches with a total of 108,343 eligible voters expected to cast their ballots.

The election officials publicly opened the presidential and parliamentary ballot boxes around 0645 hours for voting to begin at exactly 0700 hours.

Virtually, all the agents of the political parties were around when voting started in many of the polling stations visited.

Personnel of the Ghana Police Service were sighted at post to ensure law and order at the various polling stations.

There was however no queue at the Anokye Showroom polling station which had only 255 voters on the EC’s register, when voting began.