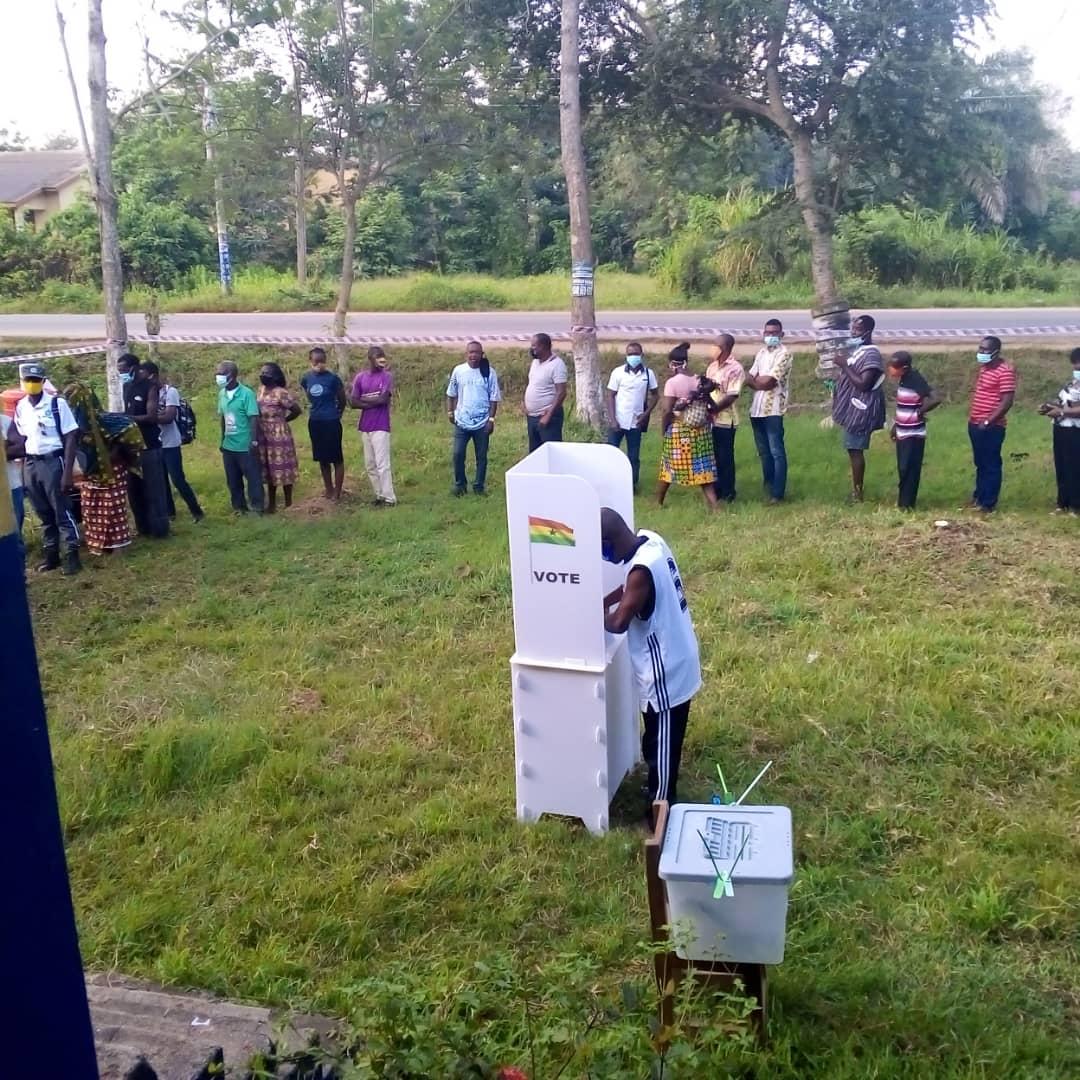 Dormaa-Ahenkro (B/R), Dec. 07, GNA – Long queues began to form as early as 0445 hours at the St Dominic Preparatory School Polling Centre in the Dormaa Central Constituency of the Bono Region by voters in earnest anticipation to cast their ballot for the Presidential and Parliamentary elections.

As many as 45 people were anxiously waiting for the Electoral Commission (EC) officials to open the polls and names of voters who had arrived at the polling centre were being written down in orderly manner to guide officials in the voting process.

A female security officer present told the Ghana News Agency (GNA) she had come to check if all materials had arrived, adding that they were all available with the exception of the ballot box and the voters’ register.

She stated the Presiding Officer was off to the EC office to collect the ballot box and the register.

“I arrived at the polling centre around 0030 hours and met four people already here, but the EC officials had not yet arrived with their materials,” Adams Gado, a staff at the account office of the Dormaa Central Municipal Assembly said.

“Even though today’s a holiday I have come to vote early so I can go and do a few things at the office,” he added.