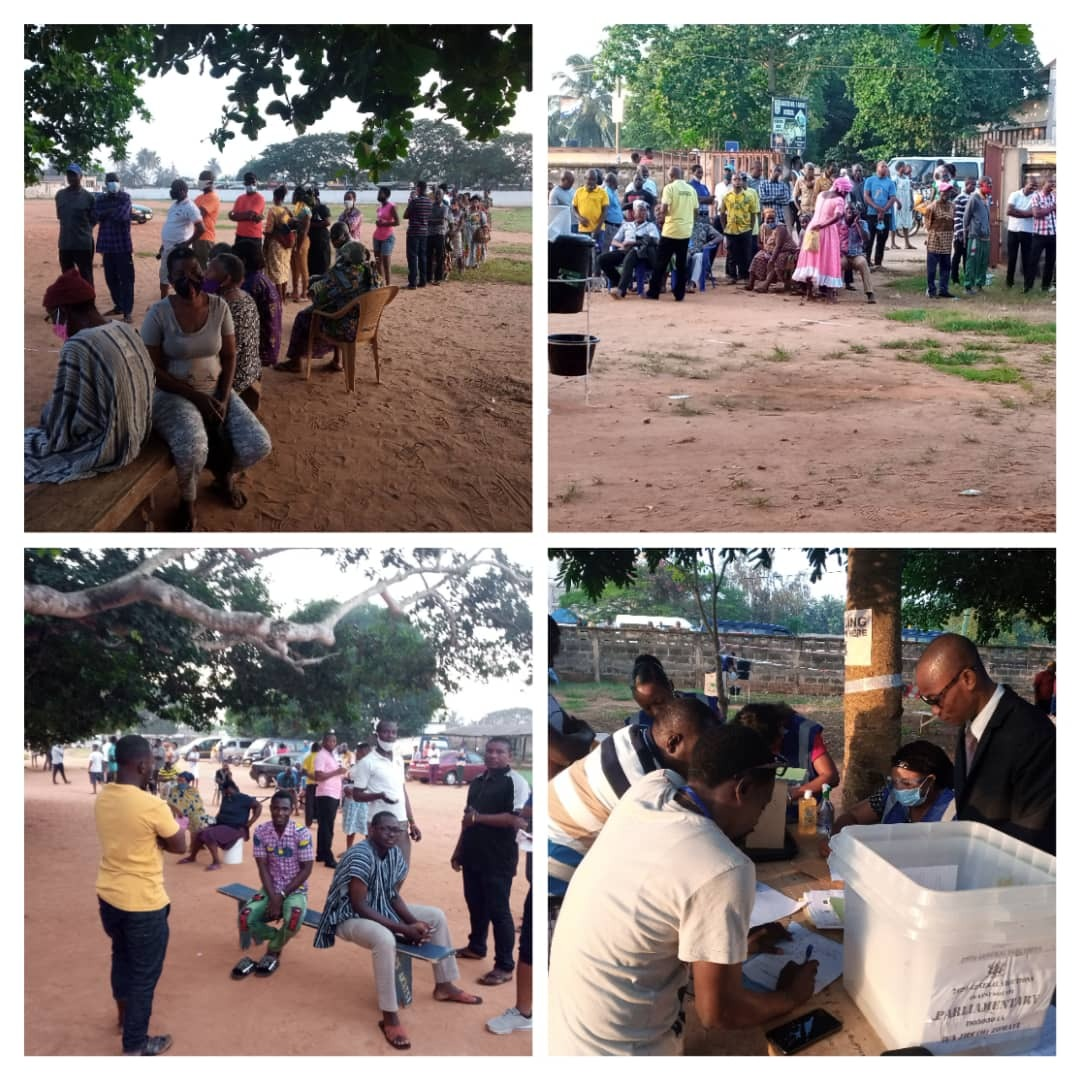 Akatsi (V/R), Dec. 07, GNA – Scores of voters in the Akatsi South Municipality of the Volta Region have formed early long queues in a bid to elect a Member of Parliament for the Constituency and a President for the next four years.

When the GNA visited the ARS Shell Blocks 1A, 1B, 2, 3B, ARS DA Primary School, Lower Fiato 1&2, DA JHS Zomayi A, B and Central Mosque on Monday between 0600 and 0615 hours, long queues had been formed while EC officials were still arranging the various materials for voting to begin at 0700 hours.

Security officers were seen at the various polling centres trying to control the people and maintain order.

Mrs Gifty Dupe, a presiding officer at ARS shell Block 2, told the GNA that the necessary materials have since been put in place and was ready to start at 0700 hour.

Mr Augustine Agbley, a voter who reported as early as 0415 hours at the Lower Fiato 1 centre, said he expected a peaceful atmosphere today.

“My vote is my secret, I will vote early and return to work without any trouble,” he said.

Mrs Akorfa Buabasa Asamoah, the Akatsi South Municipal Electoral Officer, informed the GNA all materials have been dispatched to the 131 polling centres for voting to commence.

At all the centres, agents of the NPP, NDC, CPP, NDP, GUM were present to observe the exercise.

A total of 49, 287 eligible voters are expected to vote in today’s exercise in Akatsi South.