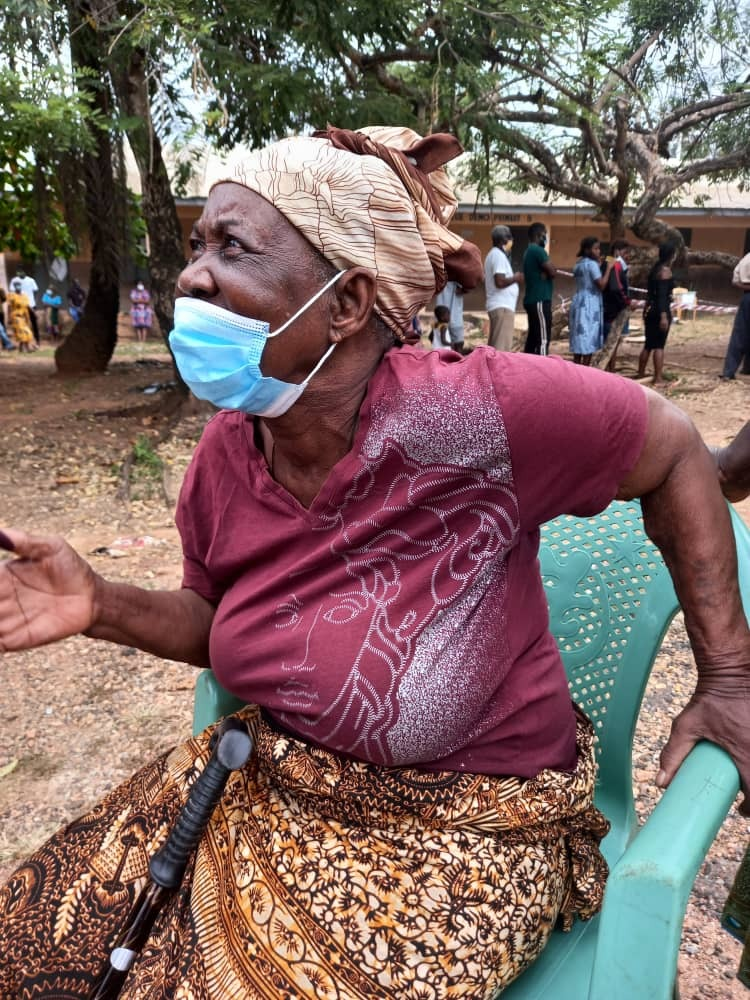 Hohoe (V/R), Dec 7, GNA – Madam Christina Asempa, an 88 year-old resident of Gbi-Bla in the Hohoe Constituency has called for a peaceful elections as voting commences nationwide.

She expressed satisfaction at the process and the help offered her when she came to vote.

Madam Asempa who was the first to cast her vote at the St. Francis Demo Primary 2, was beaming with a smile although she could however not recall the number of times she has cast her votes after attaining the voting age.

“All we need is peace. There is no need for insults, fights, possession of guns and other harmful materials to hurt one another. Let’s vote and remain in peace forever.”

Voting began at 0715 hours at the St. Francis Demo JHS 1 and 2 but the Biometric Verification Device (BVD) at station 1 delayed and was rectified after ten minutes with voters going through the process smoothly.

The GNA’s visit to 11 out of 123 polling stations as at the start of polls saw electoral materials were available, enforcement of Covid-19 safety protocols and presence of security, CODEO election observer and party agents.

Mr Peterkin Mawuli Akator, a businessman who was the first person to cast his vote at the St. Francis Demo JHS 2 polling station, said he was satisfied with the turnout of the event.

He said he came from Accra to vote and was happy he did that and would be able to return on time.

Some students of the St. Mary’s Senior High School, Lolobi, said the elections were important as it gave them an opportunity to elect their leaders to rule the affairs of the nation.