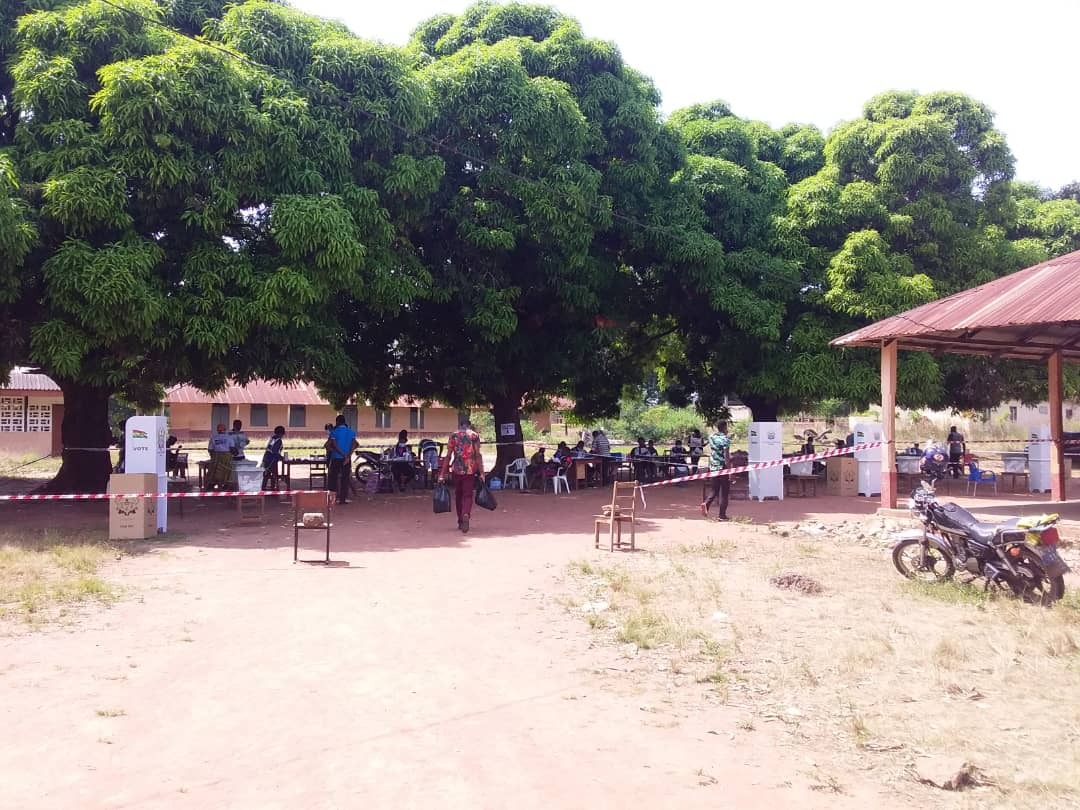 Dzolokpuita (V/R), Dec 7, GNA – A total of 220 and 204 have cast their ballots at the E. P Primary School Dzolo-Gbogame A and B Polling Centres at 1200 hours respectively out of the expected number of 416 eligible voters each.

Madam Justine Yeboah, the presiding officer at EP Primary school Dzolo-Gbogame polling station ‘A’ said there were no operational hiccups, that the efficiency level by EC officials and voters were commendable.

Mr Kwasi Otoovan Bismark, Presiding Officer of the polling station LA Primary School at Akoviefe disclosed that 131 people had exercised their franchise and expected 83 people to cast their vote before the close of the process.

Mr Sedem Mills Tsiagbey, the Presiding officer of the EP Primary School Vane Avatime, said 210 people cast their ballots and 308 eligible voters were expected to exercise their franchise at the polling station.

The party agents at E. P Primary School Dzolo-Gbogame A and B expressed their satisfaction on the Electoral process so far in an interview with Ghana News Agency (GNA).

Mr Yakubu Awal, New Patriotic Party (NPP) agent was happy about the cordial relationship between the agents present and the Electoral Commission (EC) official by allowing them to take the necessary codes before the start of the process.

Mr Roland Yaotse, agent of the National Democratic Congress (NDC) Party at the polling station, said so far everything was good except a student who transferred her vote, but came to the place only to be told that her name was not included in the register.

Miss Perfect Atabu, agent of the Ghana Union Movement (GUM) Party and Mr Boaz Galenku, agent of the National Democratic Party (NDP), said so far they had not encountered any challenges and hoped it would continue to the end of the voting process.

Observance of the safety protocols of Covid-19 in these polling stations have been satisfactory with the presence of the security at the centre.