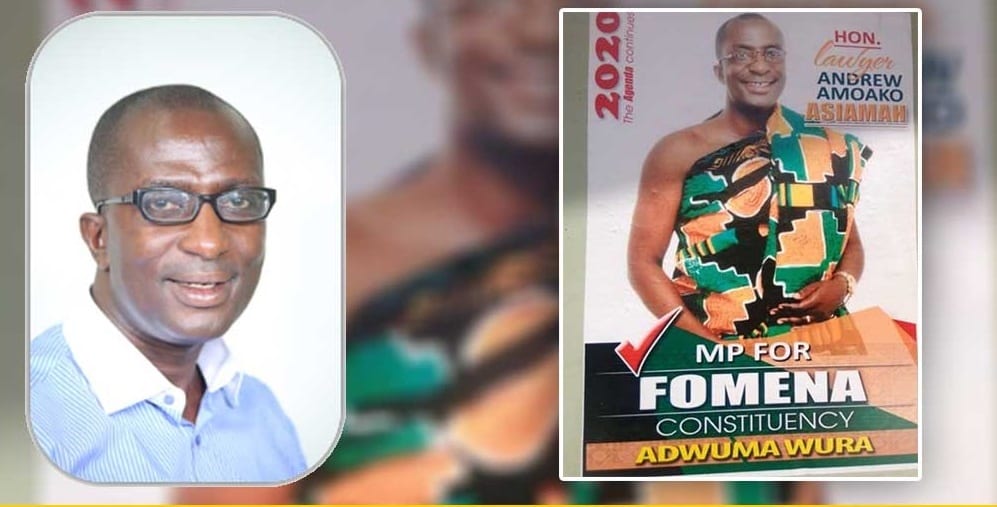 Mr Asiama, who was the incumbent Member of Parliament for the area on the ticket of the NPP, stood as an independent candidate after falling out from the NPP.

Other contestants for the parliamentary seat were Madam Christiana Ama Ranson Barabu of the NDC, who had 2,606 votes and Mr Eric Appiagyei of GUM, who had 158 votes.