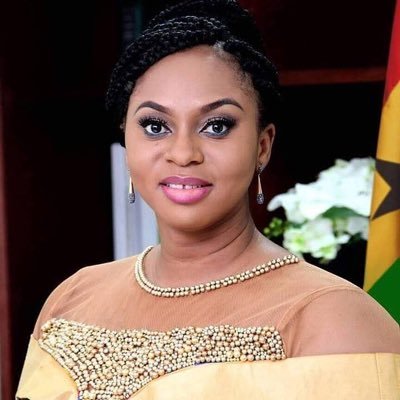 Accra, Dec. 9, GNA – Madam Sarah Adwoa Safo, the New Patriotic Party’s (NPP) Parliamentary Candidate for the Dome-Kwabenya Constituency, has been declared the winner of the December 7, 2020 polls after polling 75,041 (48.64 per cent) of the total valid votes cast.

She defeated her keen contestant, Mrs Faustina Elikplim Akurugu, the Candidate for the National Democratic Congress (NDC) who had 52, 262 (40.64 per cent), of the total valid vote cast.

Mr Kofi Kwachie Asante of the Liberal Party of Ghana (LPG) had 804 (0.63 per cent), while Abdul Kadri Issah of the People’s National Convention (PNC) scored 221 (0.17 per cent), and Mr Emmanuel Anderson Adongo, an Independent Candidate also won 271 (0.21 per cent) of the ballots, respectively.

In the Presidential polls, Nana Addo Dankwa Akufo-Addo, NPP, polled 78,467, compared to the 50,136 won by Mr John Dramani Mahama of the NDC.

Some supporters of the NPP had since been jubilating for the success, while the defeated walked quietly out of the collation centre at the Atomic Basic School.