NDC wins all but one seat in Upper East Region 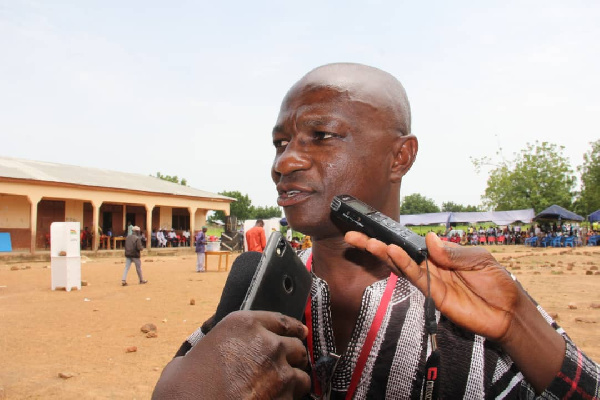 Bolgatanga, Dec 9, GNA – The National Democratic Congress (NDC) has captured 14 out of the 15 Parliamentary seats in the Upper East Region.

Only the Binduri Parliamentary seat has been taken by Mr Abdulai Abanga of the New Patriotic Party (NPP), certified results from the Electoral Commission (EC) after the general elections has indicated.

Mr Abanga, a former Parliamentary candidate, secured 15,016 votes to unseat Mr Robert Baba Kuganab-Lem, the incumbent Member of Parliament and member of the NDC who had 14,562 votes while Mr Ayeeba Ayebilla, an Independent Candidate got 999 votes.

The NDC also recaptured all the three seats it lost to the NPP in the 2016 elections including the Navrongo Central, Zebilla and Tempane, and increased women’s participation in Parliament in the Region by one.

She joins Madam Laadi Ayii Ayamba as the only two women MPs of the Upper East Region in the eighth Parliament of the fourth republic.

Madam Ayamba recorded a narrow win of 63 vote’s difference in Pusiga as she obtained 14,929 votes against Mr Abdul-Karim Zanni Dubiure of the NPP who had 14,866 votes. Mr Moses Zuma Musa of the All People’s Congress (APC) got 283 votes, Mr John Abugri Aguri of the People’s National Convention (PNC) had 138, while Mr Simon Atingban Akunye, an Independent Candidate secured 5,069 votes.

At the Bawku Central, Mr Mahama Ayariga obtained 25,490 votes to beat Madam Agbanwa Gabiana Abugri of the NPP, Mr David Kwesi Ayaba of the Ghana Union Movement (GUM), Mr Kasim Siniwani of the Liberal Party of Ghana (LPG) and Mr Isaac Kaame of the NDP who had 23,125, 458, 111 and 87 votes respectively.

In the Garu Constituency, Mr Albert Akuka Alalzuuga retained his seat after securing 12,407 votes to beat Mr Osman Musa of the NPP and Mr Dominic Azimbe Azumah who had 9,344 and 5,720 votes respectively.

Mr Edward Abambire Bawa of the NDC secured 26,268 votes to maintain the Bongo seat, while Mr Peter Ayamga Ayinbisa of the NPP, Mr Richard Akaama of the GUM and Mr George A-Enbinge of the Progressive People’s Party had 17,276, 439 and 1,548 respectively.

At the Navrongo Central, Mr Sampson Tangombu Chiragia of the NDC secured 26,947 votes to emerge victorious ahead of Ms Tangoba Abayage of the NPP and Madam Susana Agoriba Kubirizegh of the PPP who had 15,540 and 503 respectively.

Mr Thomas Addah Dalu of the NDC also got 21,954 votes to win the Chiana-Paga seat ahead of Mr Robert Apechira Aloo of the NPP, Mr Elvis Akunyire Abagumbire of the CPP and Mr Patrick Bugayire Akwoyire of the LPG who got 15,540, 291 and 205 votes.

While Dr Clement Apaak of the NDC obtained 7,451 votes to retain the Builsa South seat, the other contestants, Mr Daniel Kwame Gariba of the NPP, Mr Alhassan Azong of the PNC got 5,674 and 2,931 votes respectively.

Mr James Agalga of the NDC also secured 13,826 votes to beat Mr James Maurice Abakisi of the NPP, Mr Joseph Asouk of the PNC and Mr Gibson Simon Anuegabey, an Independent Candidate who got 9,031, 221 and 1,348 votes respectively.

In the Nabdam Constituency, Dr Mark Kurt Nawane of the NDC secured 10,842 votes to beat Mr Boniface Gambila of the NPP who got 7,924 votes.

Dr Dominic Akuritinga Ayine of the NDC obtained 12,394 votes to maintain the Bolgatanga East seat, while his close contender, Reverend Emmanuel Abugre Abole of the NPP got 6,042 votes.

Mr Isaac Adongo of the NDC obtained 36,281 votes to retain the Bolgatanga Central seat, while the other contestants including Mr Rex Asanga of the NPP, Madam Latifa Abdul-Rahman of the CPP and Mr Francis Ayadago of the LPG got 19,682, 217 and 228 respectively.

Mr Benson Tongo Baba of the NDC secured 16,057 votes to maintain the Talensi seat.  He beat Mr Thomas Pearson Duanab Wuni of the NPP and Mr Michael Wombeogo of the PNC who had 12,946 and 6,727 votes respectively.